Why Does Hindu Diaspora In Developed Multicultural Countries Hate Minorities Back Home In India?

The Hindu diaspora has been taking keen interest in electoral politics, supporting and financing the ‘Hindutva’ candidates in elections in India. 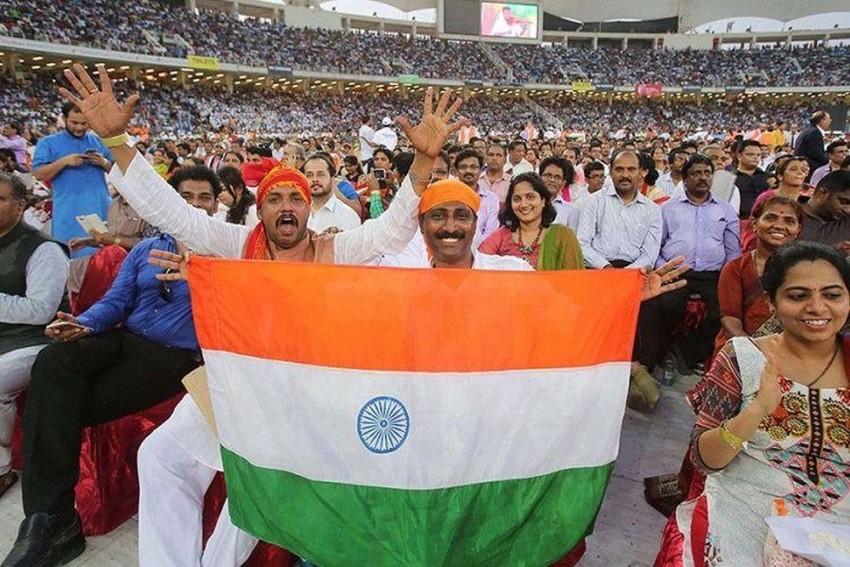 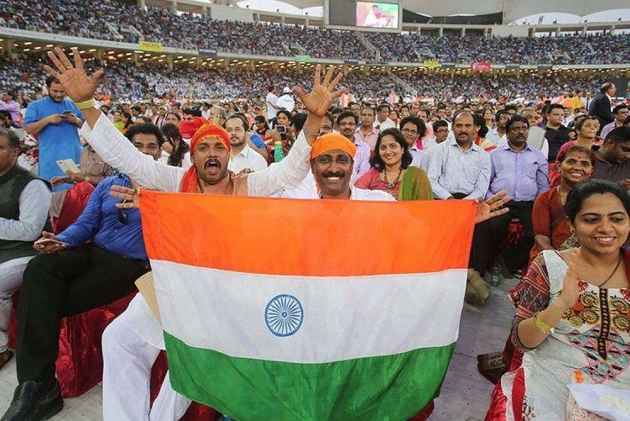 India has the largest migrant population living abroad. With its increasing size, the influence of Hindu diaspora has taken a leap in the last two decades. Hindu migrants have not only become economically powerful but also politically influential in the West.

In recent years, they have been in the forefront of fighting legal battles against McDonald for using beef fat to fry its chips, against the use of Hindu icons on items being sold by Western companies and even over the contents of history text books in some states in the USA.

While this professionally successful Hindu diaspora has been extremely protective and highly combative about its own rights as a minority group in the West, at the same time it has been actively supporting majoritarian Hindu chauvinism in home country India. It is a big puzzle that Hindus abroad organize themselves to protect their ‘minority rights’ in their host countries, but also use that mobilized strength to support and promote minority-hating majoritarian politics in India.

The Hindu diaspora has been taking keen interest in electoral politics, supporting and financing the ‘Hindutva’ candidates in elections in India.

Thousands of Gujarati NRIs had come from the USA and UK to campaign for BJP in the recent Gujarat election. Why are Hindus living abroad as a minority invariably hold anti-minority views in the context of Indian politics? I have been trying to find an answer to this question for years, but has not been successful yet.

As a member of that Hindu diaspora this phenomenon is furthermore puzzling for me. Why does the Hindu diaspora with the experiences of living in multi-cultural developed democracies as a minority support rabid majoritarian ideology in its home country?

Not only in social media, but several Hindus living abroad often ask me, being a Hindu why do I despise Hindutva politics in India. It is true that I am not an atheist, rather a temple-going practicing Hindu.

Being from upper caste group, I had never experienced caste oppression in my village to hold an anti-Hindu view, rather had received benefits of caste hierarchy. Growing up in coastal Odisha several decades back, I did not have even the luxury of growing up in a multi-religious environment.

Moreover, when I have interacted with members of the RSS and its affiliates, they have been always courteous, and in many cases, quite helpful. Over and above, I am not, nor pretend to be an idealist. So, it is not that only others ask, I even sometimes wonder why do I abhor the political mobilization of Hindus by the Sangh Parivar in India? The only explanation for this fear and dislike for Hindu majoritarian mobilization is as I can see due to my almost three-decade long experience of living as a minority in Sweden.

A racial or religious diaspora group is always a minority. It does not matter in which country you live and what you do. Sweden is certainly one of the better countries for any minority. It has all the legal and institutional frameworks needed to protect and support people of any race, religion, and gender.

Still minority is a minority, even if it is in Sweden. Culture, society and market have their own preferences and biases. In 2009, when Swedish government implemented random ID checks by security forces at public places to identify people living illegally in the country, a North-African origin Swedish author Jonas Hassen Khemiri had written a very moving open letter to Swedish Minister of Justice, telling her to borrow his ‘skin’ for a day and go out to experience racial profile by the police. It is impossible for someone from a majority community to comprehensively grasp the plethora of predicaments minorities face even in a democratic, developed and liberal country.

When a racist thug decides to attack a Hindu immigrant, he or she will not ask to see migrant’s passport or job contract or language proficiency. For that majoritarian bigot, the look of a minority is good enough.

Some years back, an Indian origin academic decided to throw a party in his office to celebrate his new European passport. An African colleague took him aside, told him politely, you enjoy now as much as you want to, but never come to believe that skinheads will start respecting you in subways because of your changed citizenship status. Whether Hindu diaspora accepts it or not, it is a minority anywhere in the world, and not treated at par with ‘sons of soil’.

Of course, some diaspora groups are more accepted than the others at some point of time and that social status is not static.

A couple of years back, I was in a London cab for a long ride. The cab driver kept talking to me how immigrants have ruined his country. I was increasingly getting nervous, but later he made it clear to me that the Poles are target of his ire and ‘my’ Indians are good immigrants.

A big improvement for the status of being called as a ‘Paki’ in the UK in the recent past, but who knows for how long and how deep is this change of perception. Hindu diaspora, which was under the illusion of being respected by Americans in the past, are experiencing now a drastic value-fall of their group after Trump mania engulfed that country.

For a Hindu immigrant, the minority insecurity is a must in any host country, whether he or she belongs to the so-called good or bad diaspora group and the host country enjoying relative economic and political stability or not.

If not in job market or at work place, Hindus abroad get it while buying or renting a house outside the designated ghettos or shopping in a mall or eating in a restaurant.

If nowhere else, airport security will make it sure for the diaspora to get it in regular doses. So, if anyone who should really be able to understand the customary harassment and psychological pains inflicted on a minority community in India, it is the Hindu diaspora, which has the experiences of being a minority in the country of its residence.

More so, Hindu diaspora has not migrated abroad from India because to survive a minority dictatorship or a civil war and carries the burden of reactionary memories.

Hindu diaspora has become a major powerbase and source of funding for the Hindutva politics in India. Even many of their associations have been raising money to support radical Hindu organizations to wage violence against religious minorities, including Muslims, Christians and Sikhs.

While Hindu NRIs are so sensitive and even aggressive to protect their perceived minority rights in the country of their residence, at the same time they refuse to accept minorities in India, who are even the sons and daughters of the soil.

Thus, I continue to fail to understand, why Hindu diaspora, who itself suffers from being a minority in its host country, is taking this rabid anti-minority position and enthusiastically supports majoritarian Hindutva forces in India. Hopefully, someone can find answer to this soon.

(The writer is professor of Peace and Conflict Research at Uppsala University, Sweden).