Who Are The Sentinelese, The Tribe Who Allegedly Killed US National In Andamans?

As the Sentinelese tribe has been living in isolation, their immunity to any disease from the outside world is almost non-existent 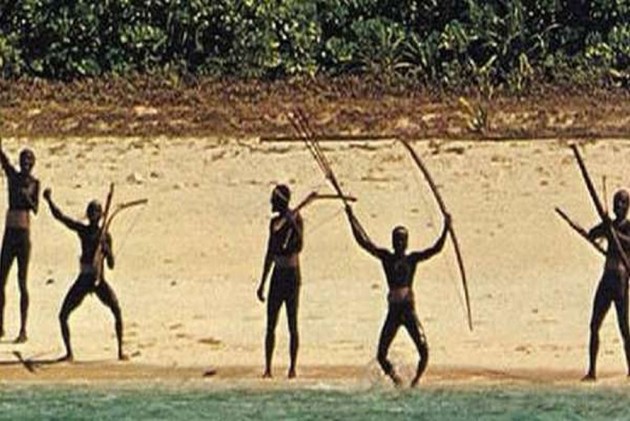 A US national was allegedly killed by a protected tribe when he tried to enter the prohibited North Sentinel Island.

His death has cast a spotlight on the Sentinelese and sparked a debate about the recluse tribe, about whom, very little is known.

The Sentinelese are reported to be extremely hostile to any attempts of contact by outside world.

According to reports, in 1974 a National Geographic director was attacked by the tribe while the filmmaker was attempting to make a documentary on them.

Again, during the 2004 tsunami, the Sentinelese reportedly attacked an Indian helicopter that flew over the island, with arrows, expressing their displeasure for unwanted attempts to keep a check on them.

When initial attempts were made by the British to colonise the archipelago and other surrounding islands in 1800s, their estimated population was 8,000 during the time.

Currently, their population is believed to be between 50 to 150, although there is no definite way to figure out their accurate numbers.

As the tribe has been living in isolation, their immunity to any disease from the outside world is almost non-existent

This has led to concerns that any contraction of viruses due to contact with the outside world can lead to wiping out and possible extinction of the entire tribe.

How do they live?

The slain American tourist, hours before his demise wrote about the physical features of the tribe in his journal describing the men as about 5.5 feet tall with their faces smeared with a yellowish paste.

According to Survival International, a tribal rights advocacy group, observers have noted the Sentinelese as “strong and healthy” with “many children and pregnant women.”

They are a primitive hunter-gatherer tribe that entirely relies on the sea and the island forests for food and other resources.

According to a report in the Indian Express, Shailendra Mohan, a professor in Austro-Asiatic languages with the department of linguistics at Deccan College described the Sentilese as "an important tribe as they are the pure or unmixed set of people still involved in hunting and gathering.”

Although there are other tribes, like the Jarawas, who live on surrounding islands, the Sentinelese are the most isolated of the lot and enjoy the protection of under Indian laws which strictly prohibits outsiders to make any attempts of contact with the indigenous tribe.

The tribes in Andamans have for long fascinated anthropologists from around the world, as it is believed that most of them had migrated from Africa.

Renowned anthropologist T N Pandit, who was one of the first to establish contact with tribes of Andamans, in a recent interview with Down To Earth magazine said "Whether they were here, in the Andamans, 30,000 years back, we do not know. But we know that they were here 2,000 years ago. We go by evidence."

The incident also sparked a debate raising questions about whether there should be attempts to mainstream the recluse tribe.

However, Pandit strongly disagrees with this line of thinking, saying, "Of the four Andaman tribal communities, we have seen that those in close contact with the outside world have suffered the most. They have declined demographically and culturally," says Pandit in the interview.

"In my opinion, we should not be in a great hurry to make contact with the Sentinelese.  Unlike the Jarawa, who have much more resources to be able to withstand the pressures of civilisation, the Sentinelese are a highly vulnerable population and would disappear in an epidemic," he adds.

"The government’s responsibility should be to keep a watch over them in the sense, no unauthorised people reach them and exploit them. Otherwise, just leave them alone," he recommends.