BJP launched an attack on Rahul Gandhi asking him about his 'gotra' and the type of 'janeu' he wears. 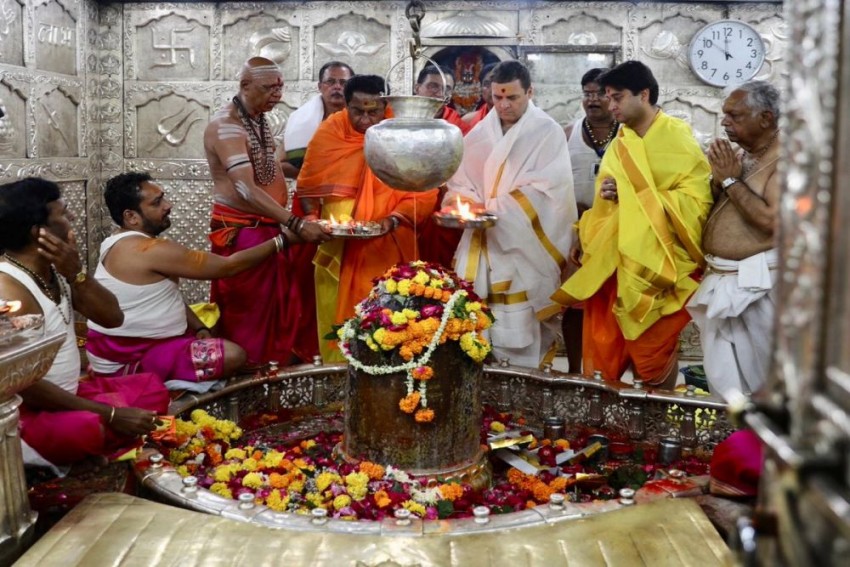 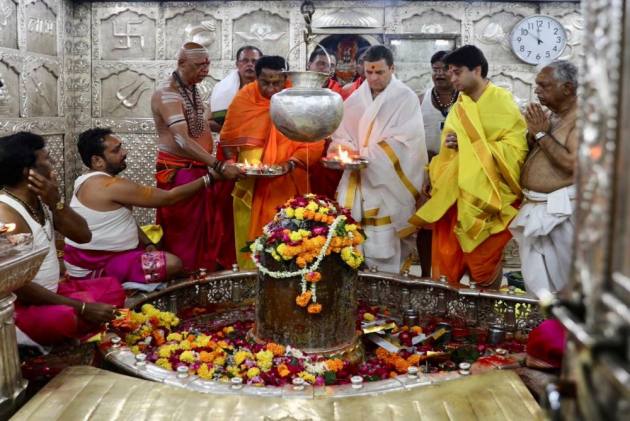 The Bhartiya Janata Party (BJP) on Monday launched a scathing attack on Congress president Rahul Gandhi, asking him about his ‘gotra’and the type of 'janeu' he wears. Janeu is a sacred thread worn by some devout Hindu men. Gotra, in Hinduism, refers to a clan or a descendant in an unbroken line from a common male ancestor.

Speaking at a rally in Indore, the BJP spokesperson, Sambit Patra said, “If Rahul wears a ‘janeu’, what type of ‘janeu’ does he wear, what is his ‘gotra’?”

Congress President Rahul Gandhi arrived in Indore on Monday in poll-bound Madhya Pradesh. He took a special flight to Ujjain to launch his two-day campaign with a visit to a temple.

Gandhi would be speaking at rallies in Ujjain and Indore on the first day and kick-off day-2 with a meeting of senior members of the press. He would visit Dhar, Khargosh and Mau before returning to the national capital.

The Congress chief was received by state President Kamal Nath and poll in-charge Jyotiraditya Scindhia, who accompanied Gandhi to Ujjain where they performed special pujas at the Mahakaleshwar temple.

The BJP’s vitriolic against the Congress chief has come close on the heels of senior Congress leader, Shashi Tharoor equating Prime Minister Narendra Modi with a scorpion.

Speaking at the launch of his book 'The Paradoxical Prime Minister' at the Bengaluru Literature Festival, on Sunday, Tharoor had said, "There's an extraordinarily striking metaphor expressed by an unnamed RSS source to a journalist, who expressed their frustration to curb Modi -- 'Modi is like a scorpion sitting on a Shivling. You can't remove him with your hand and you cannot hit it with a 'chappal' (slipper) either."

Patra, on Monday, urged Rahul to axe Tharoor from the party, “The Congress has been bad-mouthing Lord Shiva, and the party chief Rahul should remove Shashi Tharoor from party ranks with immediate effect.”

Last year in November, Rahul Gandhi had invoked Lord Shiva while responding to the BJP's criticism of his visits to the temple during the Gujarat assembly elections.

The BJP, since then, has often criticised the Congress party chief for resorting to Lord Shiva as an election gimmick.

“For over 70 years since independence, the Congress has been playing ‘bitter’ politics in the name of secularism. They have been treating Hindus as second-grade citizens,” Patra said in his latest tirade against the opposition Congress party.