Watch: Penguin Saves Himself From Killer Whales By Jumping On Tourist Boat

After getting on board, the penguin happily cruised with the tourists before jumping back into the water 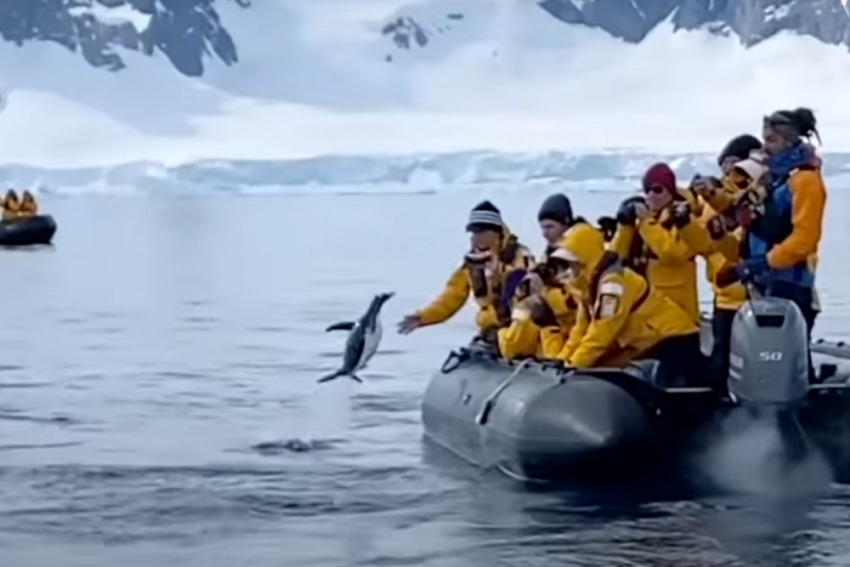 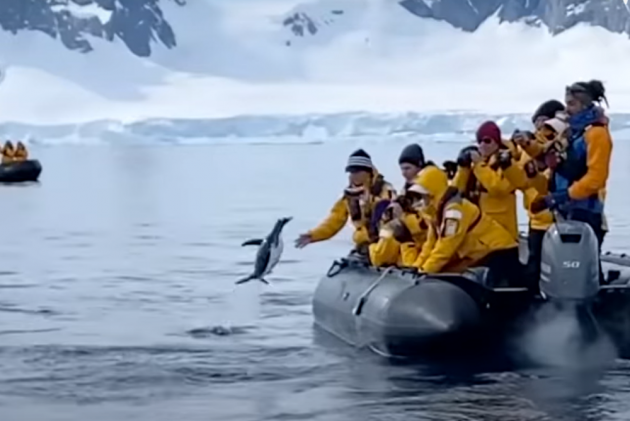 In a jaw-dropping viral video captured by a few tourists in Antarctica, a gentoo penguin is seen escaping the grasp of some killer whales by jumping onto a dinghy.

When Matt Karsten and his wife Anna were watching whales in the Gerlache Strait, they a penguin jumping in and out of the water, trying to save himself from the killer whales.

After struggling for several minutes, the penguin managed to emerge out of the water and jump onto the boat whereupon he was helped by the tourists.

"We were heading out for a scenic Zodiac cruise between icebergs when a large pod of orcas showed up playing in the water beside us. They swam right up to the camera and said hello. Suddenly the orcas started chasing a gentoo penguin trying to eat it. Back and forth they went with the penguin swimming fast with the orcas on its trail. Eventually, the poor penguin tried to jump into a nearby zodiac boat. The penguin failed at first, falling back into the water, but then managed on the second attempt", shared Matt Karsten.

After getting on board, the penguin happily cruised with the tourists before jumping back into the water.