The High Court has asked for a progress report by May 2 and said the court will monitor the probe. 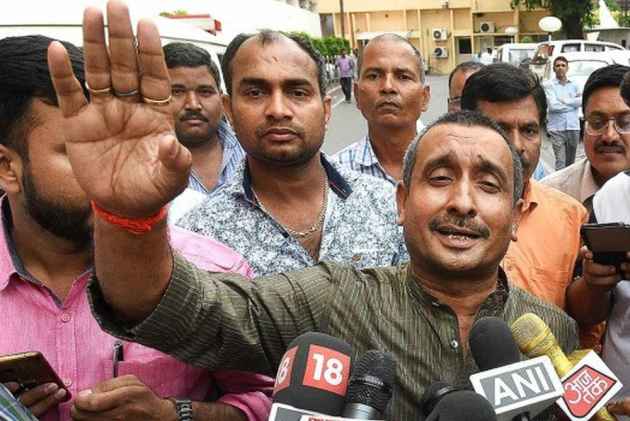 The Allahabad Court on Friday directed the UP government to arrest BJP MLA Kuldeep Singh Sengar charged with raping a minor girl in Unnao. The court has asked for a progress report by May 2 and said that it will monitor the probe, ANI reported.

A bench comprising Chief Justice DB Bhosale and Justice Suneet Kumar gave the direction to the agency after the counsel for the Uttar Pradesh government informed it that Sengar has been detained for interrogation and not arrested yet.

The court directed the CBI to carry out investigation strictly in accordance with law and to consider filing an application for cancellation of bail granted to other accused in the case.

The bench passed the order on a letter written by senior advocate Gopal Swaroop Chaturvedi demanding a court-monitored investigation of the incident and treated it as a PIL.

Yesterday, the court had asked the Advocate General whether the state government proposes to arrest Sengar.

Advocate General Raghvendra Singh had replied that he was not in a position to make any statement in this regard and police will proceed in accordance with law only after recording statement of the complainant and witnesses.

An FIR was lodged against Sengar on Thursday under Sections 363 (kidnapping), 366 (abduction of woman), 376 (rape), 506 (criminal intimidation) of the Indian Penal Code (IPC) and Protection of Children from Sexual Offences (POCSO) Act, and the case was handed over to the CBI.

Three separate cases have been registered by the CBI  into the alleged rape and incidents following it.

The case came into the limelight after the victim tried to immolate herself on Sunday outside Chief Minister Yogi Adityanath's residence, alleging police inaction against Sengar.

The victim's father died in judicial custody almost a week after he was reportedly thrashed by the MLA's brother and others.

A purported video of the girl's father before his death has also gone viral and was aired by several TV news channels.

In the video, he alleged that he was mercilessly beaten up, including with rifle butts, by the MLA's brother and others in the presence of police.

Embarrassed by the rape allegations against its own law maker, the Yogi Adityanath government had referred the cases registered by his state police to the CBI.

A notification was issued by the Personnel Ministry last night following a request for a CBI probe by the Uttar Pradesh government, an official said.

Sengar’s relatives said, “We ourselves had demanded a CBI inquiry. This morning CBI came and asked us to come to the CBI headquarters as they wanted to talk.”