Home  »  Website  »  Society  » News Analysis  »  There Should Be No Delay In Sterlisation Of Monkeys, Dogs, Says Delhi HC

There Should Be No Delay In Sterlisation Of Monkeys, Dogs, Says Delhi HC

"Given the seriousness of the problem all over the country, the matter brooks no delay" 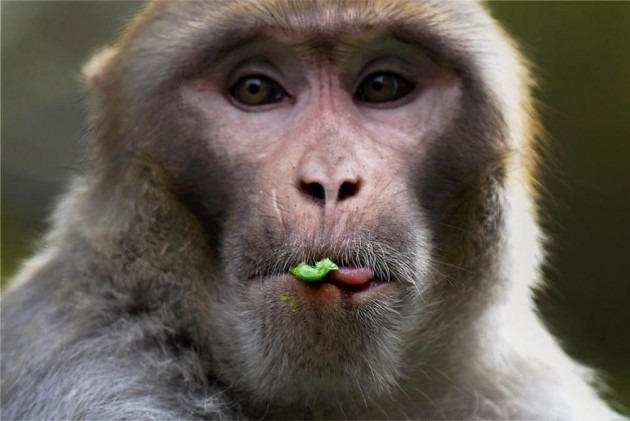 Representative Image
Outlook Web Bureau November 17, 2017 00:00 IST There Should Be No Delay In Sterlisation Of Monkeys, Dogs, Says Delhi HC

Taking note of the "seriousness" posed by the rising population of monkeys and dogs across the country, the Delhi High Court today said there should be no delay in developing a vaccine for sterilisation of these animals.

A bench of Acting Chief Justice Gita Mittal and Justice C Hari Shankar called for a status report from the National Institute of Immunology (NII) indicating the progress made by it in developing a vaccine for 'immuno-contraception' which would use the animal's immune response to prevent pregnancy.

The direction came after the Animal Welfare Board of India (AWBI) and Gauri Maulekhi, an animal rights activist, told the court that surgical sterilisation of the animals, as was being considered by the Delhi government, would be counter-productive.

They said that surgical sterilisation would disrupt the social groups of the animals, make them more ferocious and also leave a human imprint, all of which needs to be avoided.

They said that several countries, including some in Africa, have developed and used such vaccines which are administered orally.

The bench, thereafter, said, "Even African countries have developed it, but we have not been able to? It is amazing that we have not even begun. The NII has been taking steps to develop a vaccine for last several years.

"Given the seriousness of the problem all over the country, the matter brooks no delay. The NII to place a report before the court regarding the status of the vaccine for contraception to control population of animals, including monkeys."

On the issue of attacks by stray dogs and their sterilisation, the court noted that the Supreme Court's order of November last year has not yet been implemented by the Delhi government.

"No plan or methodology is being followed and no animal birth control committee has been set up as ordered by the Supreme Court," it said.

The bench directed the secretary of the Delhi government's urban development department to file a status report indicating compliance of the apex court's directions and listed the matter for further hearing on December 12.

It also ordered an inspection of Deer Park in south Delhi here after some lawyers and one of the petitioners claimed that stray dogs were attacking children and adults who went there, especially early in the morning.

The court was hearing two PILs seeking directions to the authorities to take steps to deal with the menace of monkeys and dogs as well as protection of peacocks.

On the issue of protecting peacocks, Maulekhi told the bench that despite land being alloted for a bird rescue centre and its plans and financial outlay approved, it has not yet been set up.

However, an action plan given to the court by the Chief Wildlife Warden said the Department of Forests and Wildlife has sought approval of the Ridge Management Board and the Central Zoo Authority for development of a bird rescue centre at Rajokri in southwest Delhi.

Noting that the warden has "not placed the correct position" before it, the bench sought an affidavit from the official indicating the timeline regarding each stage of the project starting from its date of proposal to the date of completion.