Unlike Mistry's business-like attitude and strategy, Tata is expected to take a more compassionate approach 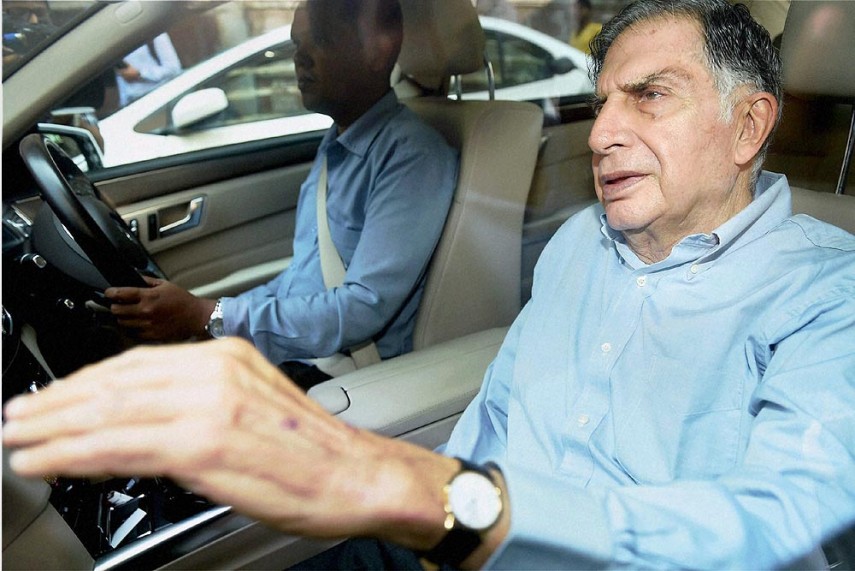 With Ratan Tata's return to the helm of the Tata Group, many of the older policies and strategies are expected to be brought back into the group even as new systems are abandoned. One of the first things that was done after Monday evening's coup was the disbanding of the five member Group Executive Council (GEC).

The GEC was Cyrus Mistry's most close core team and provided strategic and operational support to chairman Mistry. It worked closely with partners and company boards as well as the CEOs and senior management of the Tata companies to chalk out strategies and roadmaps for the various companies. Though it was a good initiative, it had to go once Mistry was removed. One of the reasons was that it was not Ratan Tata's style to have an in between body to liaise with Tata company chieftains as he preferred a direct involvement. And that is what will come back now in the Tata group in the next four months.

Going forward, there will also be a noticeable change in the way companies and projects are handled. Unlike Mistry's business-like attitude and strategy, Tata is expected to take a more compassionate approach towards companies which has been the tenet of the Tata group under him. This will be visible in sectors that were considered to be close to him which includes steel and automobiles.

Mistry's terminal decisions like closing down the UK steel mills did not go down well in Tata's books. In spite of the fact that the steel industry was not doing well globally and needed all companies in the centre to take some tough decisions, Mistry's strategy did not work out well within Bombay House, for it is rare for the Tata group to close down or sell a business. Add to that the fact that buying Corus and the UK steel business was a decision taken by Ratan Tata himself and was considered not only close to his heart but also a prestige point for him in his quest to make the Tata Group a truly global corporate house.

It is now expected that Tata will hike his personal involvement in the steel business and take a fresh look at the UK business. Already, speculation is rife among the UK company unions on whether to stall the sale move now that Tata is back at the hot seat. The next four months would be crucial for the group's steel business and would define the roadmap for the next decade or so irrespective of who sits in the chairman's seat four months later. The Ratan Tata imprint would be loud and visible.

Same would be the fate of Tata Motors which too was considered extremely close to Ratan Tata's heart and where he had for long, taken a personal interest right from the launch of its first passenger car Indica to the landmark Nano. In the four Mistry years, there is little for the company to write about. Business was bad, company recorded huge losses and new models bombed in the market. Above all, the Nano, Tata's pet project, was pushed to the oblivion. Though over the last year or so, the company did announce and launch many new models, Tata Motors is still low down in the pecking order in the Indian automobile sector.
This is something Ratan Tata will seek to change and attempt at new strategies to bring the company to days of glory. How he does it remains to be seen though as there is much that Tata Motors needs to achieve from a consumer point of view.

A sector that many feel will get a big heads up under Tata is another of his favourite— aviation. Even after Tata abdicated his chairman's seat in 2012, he was instrumental in the group entering into two crucial tie-ups in the aviation sector: Vistara, a full service airline in collaboration with Singapore Airlines and a tie up with Air Asia in the budget segment. In the chair, his attention to aviation is certain to get accentuated and the sector is likely to get more of his time. Expect some upward movement here. Experts feel that we may even see a resurrection of older pending projects like the Taj Air Metro Jet Joint Venture.

On Tuesday, Tata indicated that the group may even review some of the decisions of Mistry. This clearly indicates that the $108 billion conglomerate is ready to forget the Mistry years and move forward with a new vigour with vintage Tata to face the challenges of the future. Will the old wine work in a new bottle? We will all know in a couple of years.