We must not expect Bollywood to be neutral or balanced about Salman. 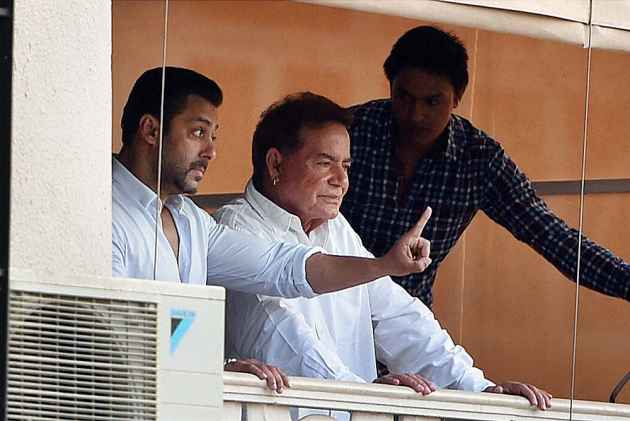 Those who live in the Mumbai suburb of Bandra, as I did for many years, are familiar with the popularity of Salman Khan. All three of the famous Bollywood Khans live in Bandra but Salman is different. Shah Rukh Khan's bungalow Mannat is large and visible and its gate is on the main road. Few of his fans however are to be found around it usually. Even fewer are around Aamir's house and that is perhaps deliberate, because he is more private than the others. Opposite Salman's house there is always a mob, whether on holidays, festivals or weekdays. He has star power of the purest sort

This observation is supported by the Bandra post office. A newspaper I worked in reported that the mail that came in for Salman (this being before the time of email. I am referring to old fashioned letters and gifts) far exceeded that to the other two. If I remember it right the mail for Salman was four or five times that for Shah Rukh and Aamir put together.

A year or so before the accident for which he was convicted happened, Aishwarya Rai's father approached our newspaper. He was worried for his daughter, then in a relationship with Salman, whose behaviour was frightening the old man. Salman would appear in the middle of the night and begin to break down the door if not let in, he said. This was the time when Aishwarya had decided she wanted out but he was unwilling to let go.

On the sets of a movie being made by Aziz Mirza, starring Shah Rukh and Aishwarya, Salman one day turned up and began rolling on the road, preventing the shoot from happening. This irritated if not angered Shah Rukh and later things were to get more hostile between the two. In the same period came reports of illegal confinement of wild animals at the Khans' farmhouse near the city and a few years before that of the shooting of wild deer for which Khan was convicted.

And so it has been clear for many years that this man was troubled and needed to be counseled or chaperoned. In fact he has been encouraged and supported by people inside Bollywood. After his conviction, insiders like the singer Abhijit, blamed the victims for sleeping "on the roads" (which they were not) and thus inviting death upon themselves.

They are doing this, and will continue to support Salman no matter what happens for a reason. Bollywood is one of three successful film industries around the world, the other two being Hong Kong and Hollywood. All three have a star system, but Bollywood's is very small. Only four and perhaps five men can guarantee an 'opening' which means the money taken in on the first few days of the release, which is the period that can make or break a movie.

These men are disproportionately powerful in the industry. Of course, this power is earned by them through merit. No matter how much Amitabh Bachchan has promoted his son, he could not turn him into as big a success as the Khans because the crowds did not accept him as they did Salman, Shah Rukh and Aamir.

But this power also has an internal dimension. All the others inside Bollywood, whether directors, singers, make-up professionals, body doubles and so on, no matter how talented, must be aligned to one of these stars or be reconciled to doing small (i.e. cheap) movies with the others.

There are exceptions, for instance people like Gulzar and the director Anurag Kashyap, but they are not many. For most people in the star's orbit, the relationship is parasitic and exists as long as the patronage is extended, just as some Mughal emperor's grant. Of course absolute and unconditional loyalty is expected.

The star decides who he works with, and unlike Hollywood, this extends to many more things. Salman's family for instance inserts itself into his projects regularly because the star is not just important to the movie, he is the movie.

When Hindustan Times was launched in Mumbai a decade ago, its first lead story was the transcript of a police recording of Salman having a telephone chat with Aishwarya, threatening her with his underworld connections.

The police, who had tapped Salman's phone illegally later disowned the recordings but the story was filed by the crime reporter J Dey (later shot and killed), showing it was the real thing.  Our newspaper reproduced this chat in which Salman said abusive things about Preity Zinta. She was incensed enough to sue for libel the newspaper, which published the transcript but not Salman, the man who made the remarks. Indeed, after the conviction this week, she skipped a match in Bangalore her team was playing to be with Salman and show her support for him. I did not find this astonishing.

We must not expect Bollywood to be neutral or balanced about Salman, nor take what they say about stars like him and Sanjay Dutt seriously.