"You want an injunction against the release of the movie. Everybody is waiting for the film to be released," the bench told the counsel appearing for the petitioner. 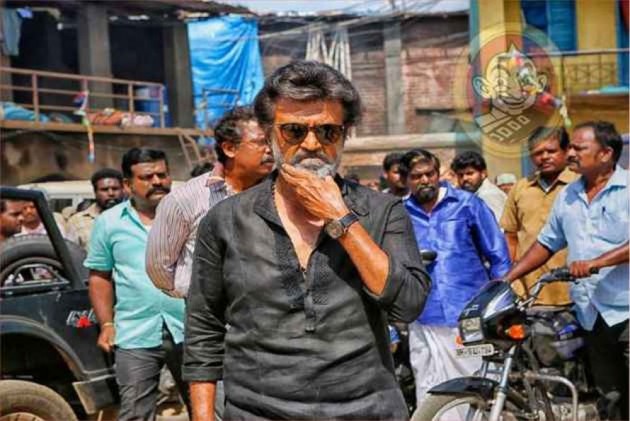 The Supreme Court on Wednesday refused to stall the release of Rajinikanth-starrer 'Kaala' which is scheduled to hit theatres on Thursday.

A vacation bench comprising Justices AK Goel and Ashok Bhushan refused to entertain a plea by KS Rajashekaran, who sought an injunction against release of the movie.

"You want an injunction against the release of the movie. Everybody is waiting for the film to be released," the bench told the counsel appearing for the petitioner.

The petitioner has approached the apex court against the May 16 order of the Madras High Court which has posted his plea against the release of the movie for hearing on June 16.

The petitioner has claimed that his copyright-protected work related to story scenes and songs were used by the producer of the movie without prior permission.

On Tuesday,  in an appeal as a "Kannadiga", Karnataka chief minister HD Kumaraswamy requested the distributor of Kaala  not to release it in "this kind of atmosphere", but said the government would follow the High Court order on the issue.

"As the state government, I have to implement the directions of the High Court. That I will take care of. It is my responsibility also. We will have to follow the High Court direction," he told reporters.

The Karnataka High Court on Tuesday directed the state government to provide necessary security for peaceful release 'Kaala', which pro-Kannada outfits had threatened to stall over the actor's reported remarks on the Cauvery row.

But Kumaraswamy added, "according to my observation as an individual, not a chief minister, as a Kannaidaga....I request the producer or distributor of the movie, in this kind of atmosphere, it is not good on their part to release the movie,"

"Even if they release the movie... I know... I'm an experienced person.... Basically I am also a film distributor and producer. It will not be useful to them financially. Why unnecessarily by releasing the movie this kind of controversy they wanted to create. It is not necessary," he said.

"After there is a solution in this (Cauvery) water issue then they can release any time," he said.

Kumaraswamy said the Karnataka Film Chambers of Commerce and several Kannada organisations were "very much" opposing the release of the movie" and added, "they (distributor) must oblige the opposition from the film chamber and Kannada organizations."

Miffed with Rajinikanth's reported comments that whichever government comes to power in Karnataka should implement the Supreme Court order on Cauvery water sharing in toto,the Karnataka Film Chambers of Commerce on May 29 decided not to allow screening of 'Kaala', due for release on June 7.