Low is to bring an end to his 15-year spell as Germany boss later this year and Xavi has tipped him to take charge of Barcelona. 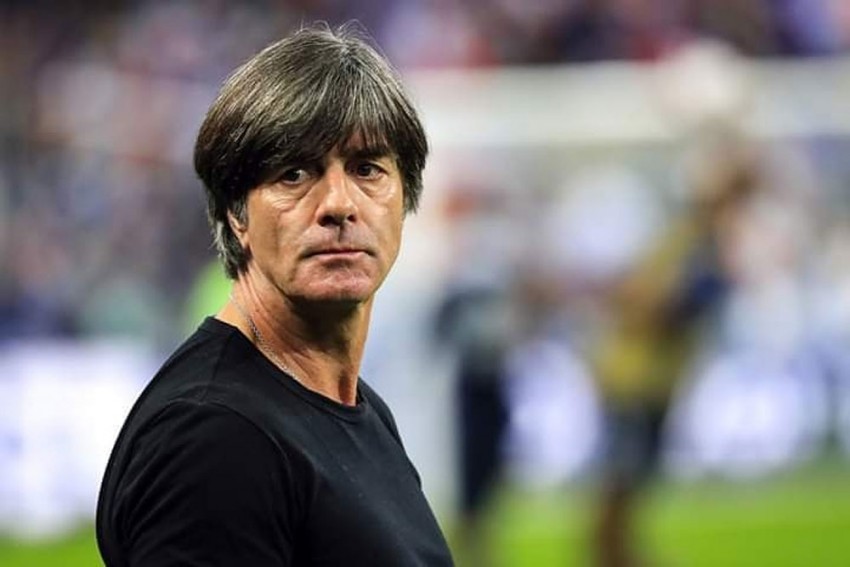 Joachim Low announced earlier this month that he will leave his role with the Germany national football team.
Courtesy: Twitter
Omnisport 2021-03-27T19:21:23+05:30 Xavi: 'Luxury Coach' Joachim Low A Good Fit For Barcelona When He Leaves Germany

Barcelona legend Xavi has endorsed "luxury coach" Joachim Low for the Barcelona job once he steps down as Germany boss later this year. (More Football News)

Low announced earlier this month that he will leave his role with the national side after the delayed European Championship finals, which are scheduled to begin in June.

The 61-year-old has been in charge since 2006 and guided his country to World Cup success in 2014, as well as winning the Confederations Cup three years later.

He revealed earlier this week he has been learning Spanish, only strengthening rumours he is in contention to take over at either Real Madrid or Barcelona at some point.

And Xavi, who is also regularly linked to the head coach position at former club Barca, believes Low would be a good fit at Camp Nou.

"He is a luxury coach," Xavi told Suddeutsche Zeitung. "He wants sparkle and attacking football, and he is a world champion.

"Low has helped Germany develop a different understanding of football that reminds me a lot of what I know from Spain and Barcelona."

Asked more specifically why Low would suit Barcelona, Xavi said: "Because of his way of understanding the game. And because of his personality."

Low's contract with the German Football Association was originally due to run until the 2022 World Cup, but he requested to leave his position early on the back of a disappointing 2020.

Germany won only three of their eight matches last year, which culminated in a 6-0 Nations League loss to Spain - their heaviest defeat since losing to Austria in a friendly in 1931 by the same scoreline.

Xavi, who was overtaken by Lionel Messi last week in the list of all-time appearances for Barcelona, feels it is the natural time for Low to seek pastures new.

"With such a period of time, wear and tear is inevitable," he added. "That might be the case now."