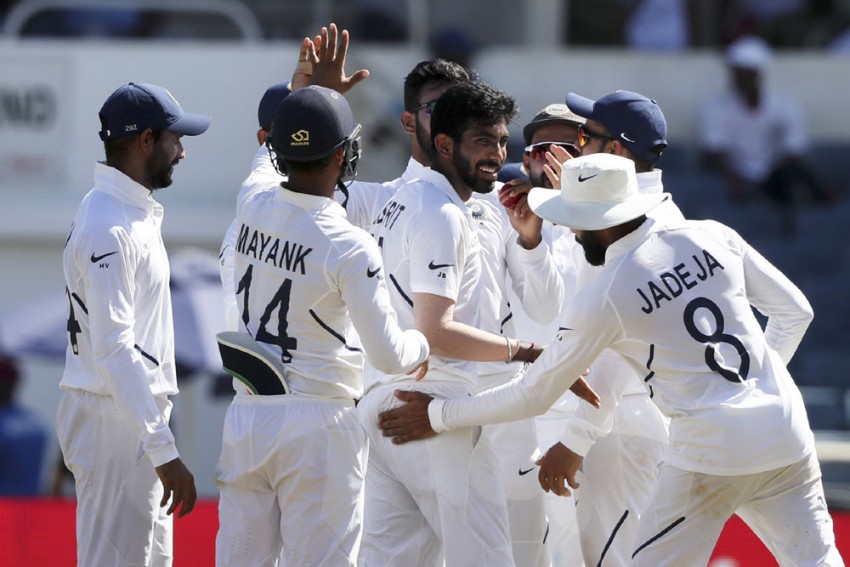 First, Hanuma Vihari hit a brilliant 111 for his maiden international century, then Jasprit Bumrah snared six wickets in no time including a dream hat-trick as India left the Windies trailing by 329 runs at Sabina Park, Kingston at the draw of stumps on Day 2 of the second Test. Ishant Sharma, who usually sung with the ball, also found the stick to play to accentuate Indian chorus with a playful half-century, his first. For the hosts, skipper Jason Holder took a five-for to complete his century of Test wickets but at the close of play, he would be wondering what just happened. India are the favourites, but the imminent thrashing – it reads a mismatch. Relive the day's play here: