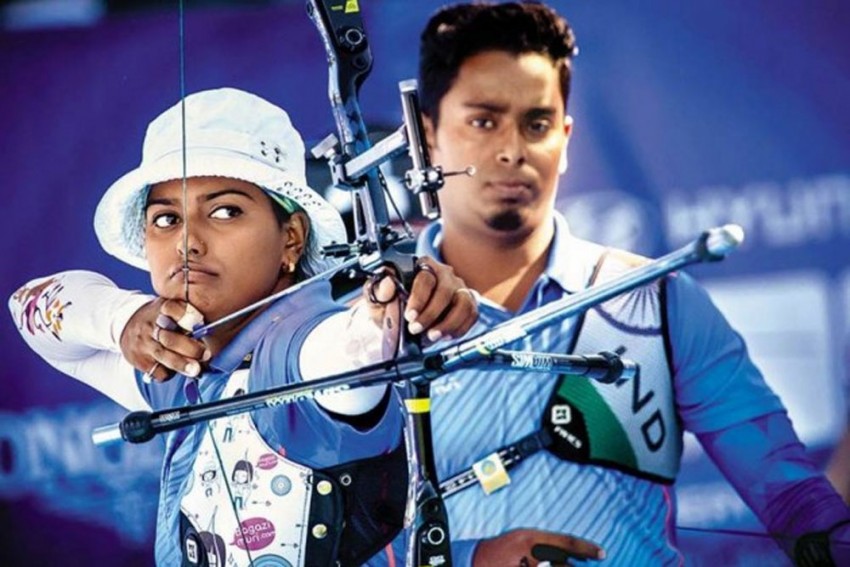 The quarterfinalists in the recurve men's and women's team events will be decided on Wednesday
File
PTI June 11, 2019 00:00 IST World Archery Championships: Indian Men, Women Teams One Win Away From Tokyo Olympics Berths 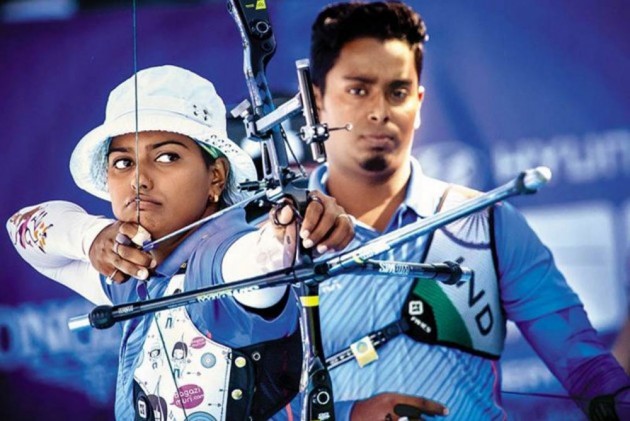 Indian men's recurve team on Tuesday stormed into the pre-quarterfinals of the World Archery Championships with a commanding 5-1 victory over Norway at Den Bosch, The Netherlands and are now just one win away from securing an Olympic quota.

The trio of Tarundeep Rai, Pravin Jadhav and Atanu Das will next face Canada's Eric Peters, Crispin Duenas and Brian Maxwell on Wednesday in a bid to secure the three-athlete quotas for the 2020 Tokyo Olympic Games.

The women's recurve team also remained in the fray by qualifying sixth from a field of 55 nations for one of the eight Olympic quota spots.

The top-eight seeding in the team event meant that the Indian women avoided the first round match on Tuesday and went straight into a decider for the Olympic places, where they face 11th seed Belarus Wednesday.

Bombayla Laishram shot 664 to top the leaderboard among the Indians to secure 15th place overall in the qualifications, while Deepika Kumari was next best at 22th spot with a score of 660. Komalika Bari shot 650 to be ranked 40th in a field of 152 competitors.

"We are so excited and happy. Looking at our ranking in the qualification, we are confident to shoot well and secure Olympic berths," Deepika said.

Tarundeep, Pravin and Deepika however remained in the medal hunt advancing into their respective third rounds.

India's top-ranked Atanu Das continued his poor show and made a second round exit with a 4-6 loss to Denis Gankin Kazakhstan.

The 22nd seed Deepika will take on 11th seed Alejandra Valencia of Mexico.

Summing up the day, Deepika said: "It was not too good, not too bad, an average day for shooting."

There was, however, some disappointment in store for India as they made a first round exit in the recurve mixed pair event when the duo of Rai and Bombayla lost to their Polish opponents 4-5 (17-19) in the shoot-off.

The quarterfinalists in the recurve men's and women's team events at this World Championships will receive three-athlete quotas for the 2020 Olympics. They will be decided on Wednesday.