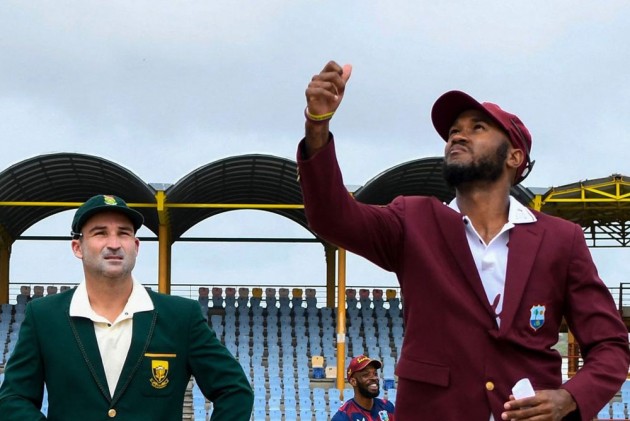 7:31 PM IST: A couple of changes for the Windies, with Shannon Gabriel and Kieran Powell coming in for Rahkeem Cornwall and Nkrumah Bonner. South Africa are unchanged.

7:24 PM IST: West Indies won the toss and field first. But in Southampton, WTC final's Day 1 play has been called off.