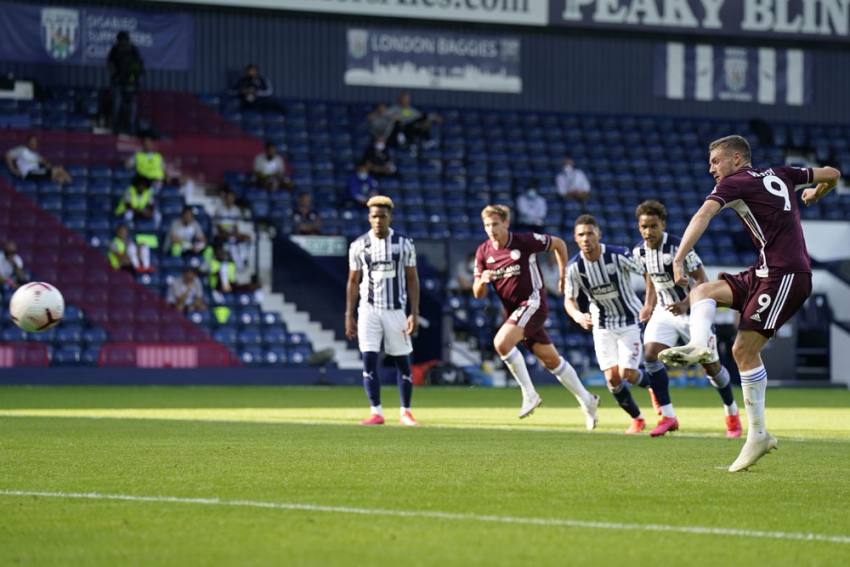 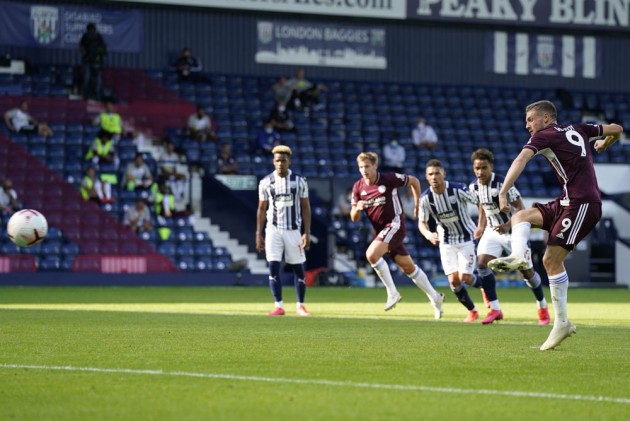 Last season's Golden Boot winner converted from the spot in the 74th and 84th minutes at the Hawthorns, after debutant Timothy Castagne gave Brendan Rodgers' side the lead early in the second half.

Right-back Castagne headed in a smartly hoisted cross from Dennis Praet for the 56th-minute breakthrough goal, before Vardy was brought down by Kyle Bartley and slotted his first penalty low into the left corner.

The 33-year-old added a second successful spot-kick for good measure, finding the same corner after Dara O'Shea clipped James Justin, making it a painful first game back in the top flight for Slaven Bilic's Albion.

Vardy has now scored in all five of his Premier League away games against West Brom, and only Van Nistelrooy has played as many matches against one team in the competition and scored each time.

45 - Since they were promoted back to the Premier League for the 2014-15 campaign Leicester have won 45 penalties - only Manchester City (48) have been awarded more in that time. Knack. pic.twitter.com/su9Av51rGW