Pakistan have now won two successive games and are on the brink of the last four in the Super-12 stage of the T20 World Cup 2021. 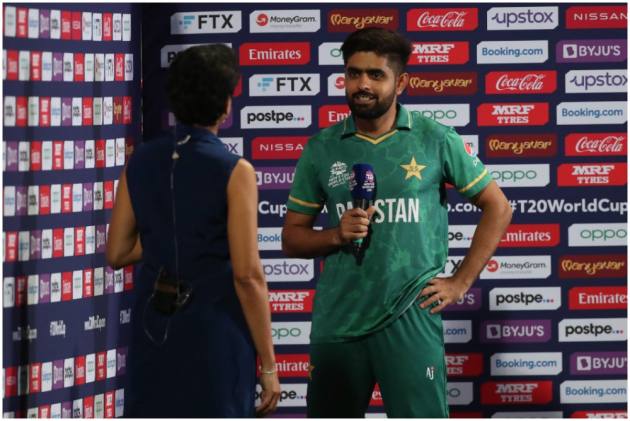 Pakistan captain Babar Azam stated that his team will take confidence going forward in the ICC Men’s T20 World Cup 2021 after beating New Zealand by five wickets at Sharjah for its second successive win in the Group 2 of the Super-12 stage. (More Cricket News)

"It's always good to win, we'll take this confidence forward in the tournament," Babar said at the presentation ceremony on Tuesday.

New Zealand were restricted to 134 for eight after being sent into bat. Pakistan completed the task with eight balls to spare, barely two days after beating India by 10 wickets.

Haris Rauf, who was adjudged Player of the Match, led a clinical bowling display with an excellent four-wicket haul before Shoaib Malik and Asif Ali's onslaught as Pakistan took "revenge" on New Zealand for a recent off-field snub.

"I think we gave them 10 runs too many, but it's cricket and that can happen. We lost wickets early, but I want to give credit to Shoaib Malik and Asif Ali. Every game is crucial. We want to take it game by game and do well in all departments of the game,” Babar added.

Both Malik (26 not out) and Ali (27 not out) played vital knocks to take Pakistan home.
Disappointed with the result, New Zealand skipper Kane Williamson admitted that his side "couldn't nail things towards the back end" against an in-form side.

The Kiwi captain said it was "quite tough to swallow".

"It's very disappointing. Unfortunately, we couldn't nail things towards the back end but we were up against a very good side in Pakistan, and congratulations to them.”

"It's quite clear as soon as we missed our lengths that there was some value for our shots. It's a very strong Pakistan side and certainly one to watch,” Williamson said.

Asked about their upcoming match against India, Williamson added, "It's the way it goes. It is a game of small margins; we go to a different venue against India.”

"We will have conversations and play accordingly. There were a few good decisions, but there are very small margins in these low-scoring games."

Meanwhile, Rauf thanked his fielders for complementing his fine bowling.

"The team fielded very well and supported the bowlers. The fans supported us throughout and helped us to this win.”

"I've been playing here for two years. We support each other and discuss our plans with each other. That gives us confidence and support," Rauf said.

When asked who was the most important dismissal in his four wickets, he said, "(Martin) Guptill's dismissal was the key one. They were building momentum at that time. I just want to thank Lahore Qalandars, too, who supported me a lot. They're the reason I'm here."

Chasing a modest target, Pakistan lost their in-form skipper Babar for just nine runs with the total reading 28 in the sixth over.

Mohammad Rizwan contributed 33, even as Fakhar Zaman and Mohammad Hafeez got out for an identical score of 11.

However, Ali and the experienced Malik joined forces and took the match away from New Zealand with their exploits.