Manchester City fell behind to Atalanta on Tuesday before Raheem Sterling inspired Pep Guardiola's side with an 11-minute hat-trick. 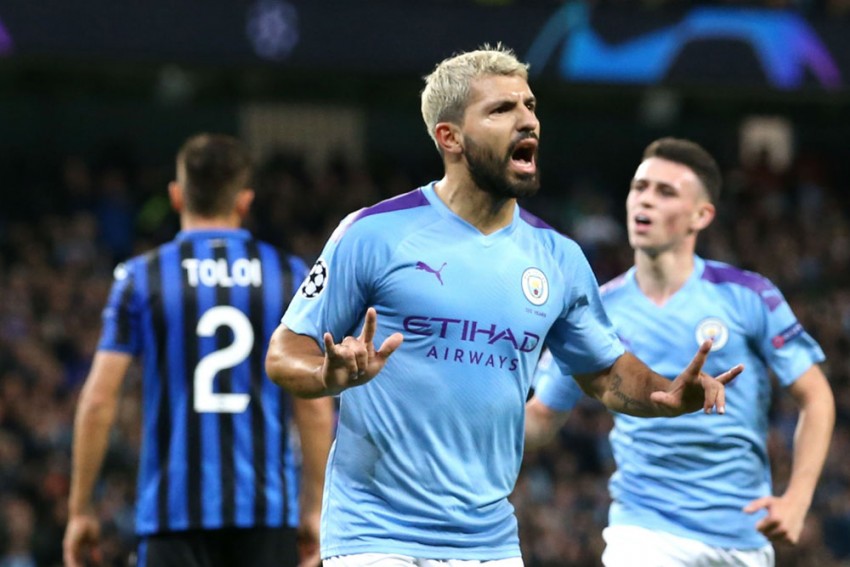 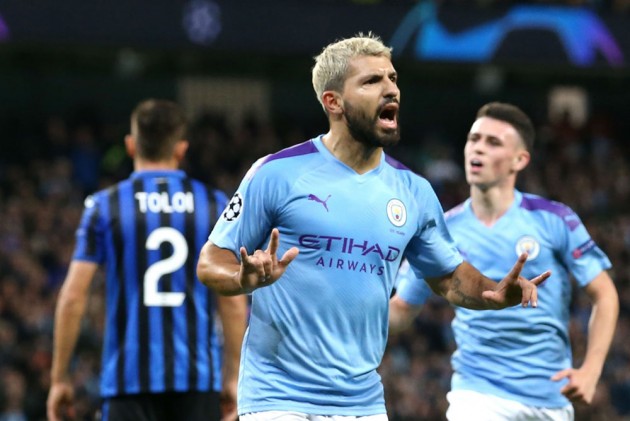 Raheem Sterling scored a second-half hat-trick as Manchester City moved closer to securing their progression from Champions League Group C with an emphatic 5-1 win over Atalanta.

Ruslan Malinovskiy's penalty capped a fine start for Atalanta, but the Serie A side were little match for City once Pep Guardiola's men - led by the impressive Sterling - clicked into gear.

Sergio Aguero was the benefactor of Sterling's work in the first half, tucking in from a brilliant cross before converting a penalty the England forward won.

Sterling took matters into his own hands from then on – his treble coming in the space of 11 productive minutes for City, though the emphatic win was marred by the late dismissal of Phil Foden.

Atalanta squandered a three-goal lead against Lazio in Serie A on Saturday yet were swiftly on the front foot in Manchester, taking the lead in the 28th minute. Josip Ilicic forced Fernandinho into a clumsy challenge, with Malinovskiy making no mistake from the resulting penalty.

City were soon dealt a blow as Rodri was forced off with a hamstring injury, though Kyle Walker would have extended the hosts' lead if not for Pierluigi Gollini's smart stop.

There was an injury concern for Aguero at the start of the second half but, after the striker was deemed fit to continue, Guardiola's side had their third. Kevin De Bruyne teed up Foden, whose touch fell kindly for Sterling to hammer home from close range.

He doubled his personal tally within six minutes, lashing beyond Gollini after racing onto Ilkay Gundogan's pass.

After Remo Freuler had a goal ruled out by the offside flag for Atalanta, Sterling knocked in Riyad Mahrez's cross to complete the rout, though Foden's second booking for a foul on Marten de Roon forced the hosts to play out the closing minutes with 10 men.

What does it mean? City right on track

With Dinamo Zagreb and Shakhtar Donetsk drawing, City are five points clear at the top of Group C and a win over Atalanta on November 6 will guarantee their place in the last 16.

Atalanta may be flying high in Serie A but Gian Piero Gasperini's side are yet to take a point from any of their group fixtures, conceding 11 goals and scoring just two in return.

Aguero back on the goal trail but Sterling runs the show

Aguero may have ended a three-game scoreless streak but there was no doubting Sterling was the mastermind of City's rampant display.

Having created the equaliser and played a crucial role in City's second, the former Liverpool player proved irresistible after the break, running Atalanta's defence ragged as he became the eighth English player to score a Champions League hat-trick.

After excelling alongside Fernandinho at the back against Crystal Palace, Rodri was again partnered with his fellow midfielder on Tuesday, only to suffer a hamstring injury while chasing down Alejandro Gomez shortly before half-time.

The Spain international was taken straight off, with John Stones introduced.

- Manchester City's victory was the biggest for an English side against an Italian side in all European competitions since Manchester United's 4-0 win over AC Milan in 2010.

- Atalanta have become the first Italian side to lose their first three Champions League games, while they are the first team overall since Otelul Galati in 2011-12.

- City have won three of their last five Champions League games in which they conceded the first goal (D1 L1).

- Phil Foden (19 years, 147 days) became the second-youngest English player to be sent off in a Champions League match after Glen Johnson for Chelsea against Lazio in November 2003 (19 years, 73 days).

In-form Aston Villa visit the Etihad in the Premier League on Saturday, while Atalanta - who sit third in Serie A - host Udinese a day later.