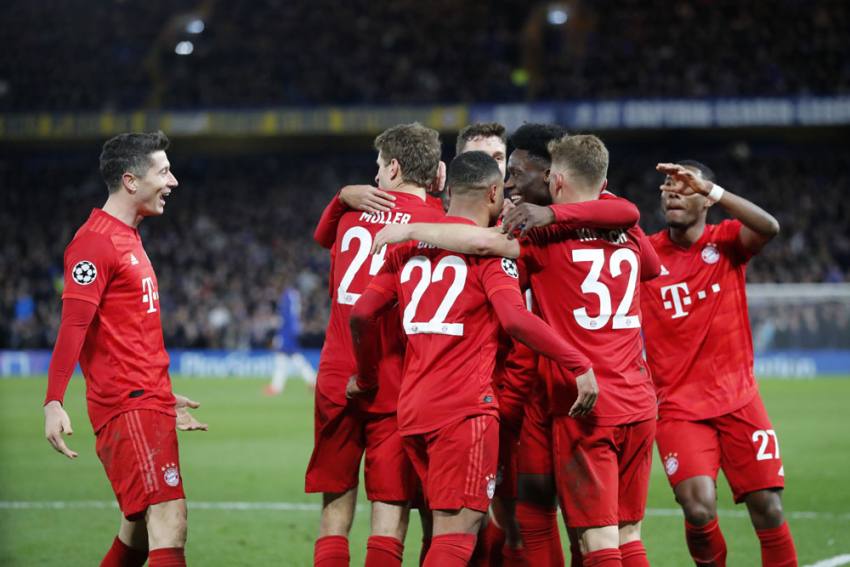 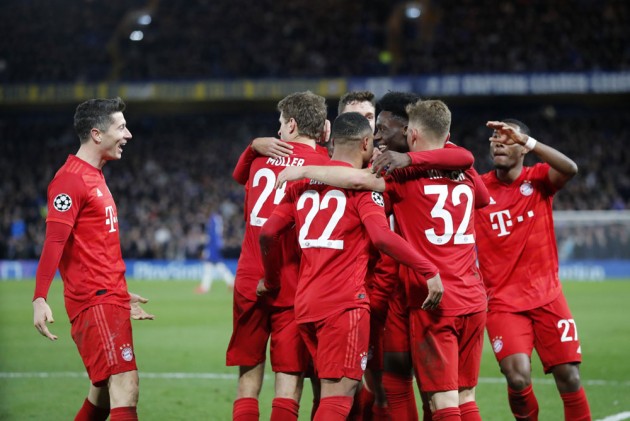 Lewandowski scored once and assisted another two goals as the Bundesliga leaders claimed a 3-0 win at Stamford Bridge in the first leg of their last-16 tie on Tuesday.

The Bayern striker combined with Serge Gnabry to devastating effect to set up two goals in the space of three minutes for the Germany winger, before tapping in a cross from the electric Alphonso Davies to secure a potentially unassailable first-leg advantage.

Lewandowski moved onto 11 goals in seven Champions League games, his best record in a single season, while he also matched Ronaldo's record of nine away goals scored in Europe's top club competition in the same campaign set back in 2013-14.

Remarkably, the Poland star had gone 672 minutes without a goal in the Champions League knockout phase until his simple finish.

9 - Robert Lewandowski has scored nine away goals in the Champions League this season; the joint-most by a player in a single campaign, along with Cristiano Ronaldo in 2013-14. Invader. #CHEBAY pic.twitter.com/VS05SuBX7G

Bayern's win means they have scored three or more goals away from home against four separate English sides in the competition since 2013 - Arsenal twice, Tottenham, and now Chelsea.

The margin of defeat was Chelsea's heaviest at home in any European competition in their history.

3 - Chelsea's 3-0 loss to Bayern Munich is their heaviest ever margin of defeat in a home game in European competition. Humbled. #CHEBAY pic.twitter.com/7fogH1yN2T

While Lewandowski and Gnabry were responsible for the goals, it was the performance of young converted full-back Davies that particularly caught the eye.

The 19-year-old was a menace down the left with his pace and also kept Chelsea wing-back Reece James on the fringes of the action with some superb defensive work.

As well as creating two chances overall, including Lewandowski's tap-in, Davies regained possession eight times in the 90 minutes. Only Thiago Alcantara (17) did so more often for Hansi Flick's side.