Liverpool Vs Bayern Munich: When And Where To Watch Champions League Round Of 16 Match?

Two five-time champions will go head-to-head in one of the most fascinating football clashes. 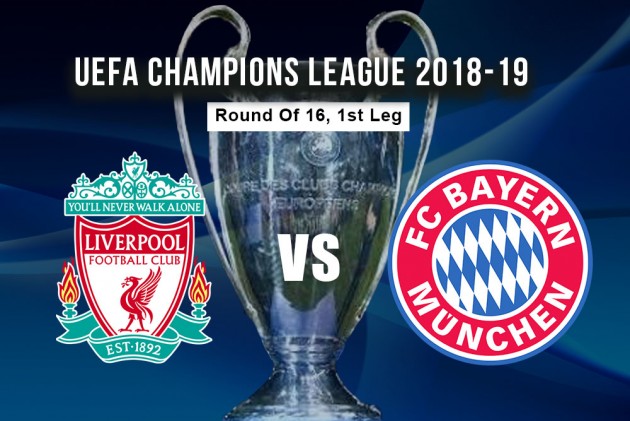 Former champions Liverpool and Bayern Munich will face off in a mouth-watering 2018-19 UEFA Champions League Round of 16 clash.

In all, there are three head-to-head fixtures between English and German clubs at this stage this term.

On Thursday, Tottenham Hotspurs thrashed Bundesliga leaders Borussia Dortmund 3-0 at Wembley Stadium as the third-placed Premier League outift put themselves in a prime spot to qualify for the next stage.

Lyon Vs Barca: Preview, Prediction And How To Watch?

Then there is Schalke-Manchester City match-up too.

But the most fascinating of these clashes is the one involving the two five-times champions.

The absence of mercurial Virgil van Dijk will be big blow to Liverpool. But Jurgen Klopp believes that his bench strength is good enough to mitigate such absence.

Similarly, the Germans also will miss their seasoned poacher Thomas Muller, who has been suspended. Another player who is going to be missed is Arjen Robben.

Considering Liverpool have over a week to prepare for the crunch match, they will have added advantage in fresh bodies, which suit Klopp's fast game. In contrast, Bayern were made to struggle against Augsburg on Friday.

Then again, Liverpool's record against German clubs is brilliant. They have won 14 of 16 two-legged ties.

Sadio Mane: The Senegalese is catching up with Mo Salah in terms of scoring, but in the recent outings, he has already outperformed the Egyptian with some inspiring performances. He has scored in the last four matches.
Robert Lewandowski: The Polish striker is never out of touch and is the top scorer in Champions League with eight goals.

Unlike other big clubs, Liverpool and Bayern have met sparsely. In the last two meetings, Liverpool have won both the matches – 3-2 in 2001 in the continental Super Cup and a 3-0 in 2017 in the Audi Cup, which had a friendly flavour.

This is going to be one open game with both the sides going for speed. But Liverpool are likely to come out victorious, by at least a couple of goals, thanks to their fearless approach and overall balance of the team. It will be 3-1.