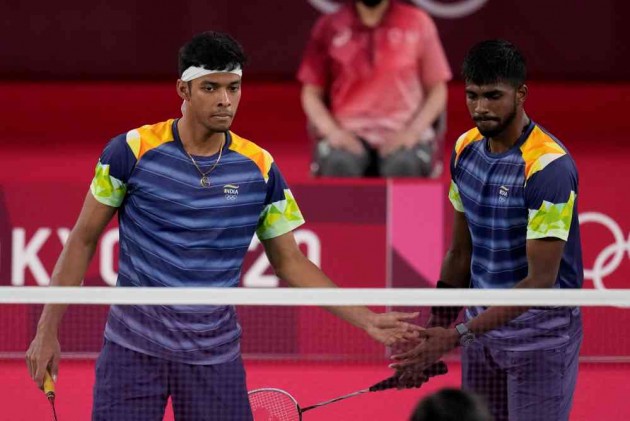 Mirabai Chanu's weightlifting silver medal continues to be India's only return from Tokyo Olympics so far. Predictions of archers and shooters winning medals at Tokyo 2020 have remained in the realm of conjecture but there is enough hope round the corner. The badminton doubles team of Chirag Shetty and Satwiksairaj Rankireddy lost to the world's No. 1 team but they can still make the knockouts from their group. And veteran table tennis star Achanta Sharath Kamal is in the third round where he will face world champion Ma Long of China. (MEDAL TALLY | Day 4 HIGHLIGHTS)

Monday was a historic day for Bhavani Devi. She became the first Indian fencer at an Olympics. She was not fancied to finish on the podium at Tokyo 2020 and her campaign ended in Round 2. The archery team went as far as the quarterfinals but ran into the terrific South Koreans. Veteran shooter Mairaj Ahmed Khan and the younger Angad Vir Singh Bajwa failed to qualify for the skeet finals. The day ended on a losing note as India's women's hockey team suffered its second straight defeat in a group match against Germany. Rani's team lost 2-0.

Tokyo Olympics: Here is India's Day 4 results at a glance

Ashish Kumar lost 5-0 vs Erbieke Tuoheta (China) in Men's 75kg Round of 32. No Indian male boxer has won his first match so far. (Full report here)

C Bhavani Devi beat Nadia Ben Azizi (Tunisia) 15-3 in Women's Sabre Individual Table of 64 match but lost to world No. 3 Manon Brunet of France 15-7 in Round of 32.  (Full report here)

Vishnu Saravanan, who was 14th in the laser class after day 1, moved down to 25th while Nethra Kumanan dropped down from 27th to 28th in the laser radial
Vishnu Saravanan slipped to 25th from 14th in Men's Laser Race qualification after Day 2.
Nethra Kumanan dropped to 28th from 27th in Women's Laser Radial Race qualification Day 2.

Sajan Prakash finished 24th out of 38 participants in the heats with a timing of 1:57.22 seconds. The top 16 advanced in Men's 200m Butterfly Heats.