Mirza and his equine Seigneur Medicott sneaked into the top-25 in the morning to make the jumping finals and become the first Indian to do so. 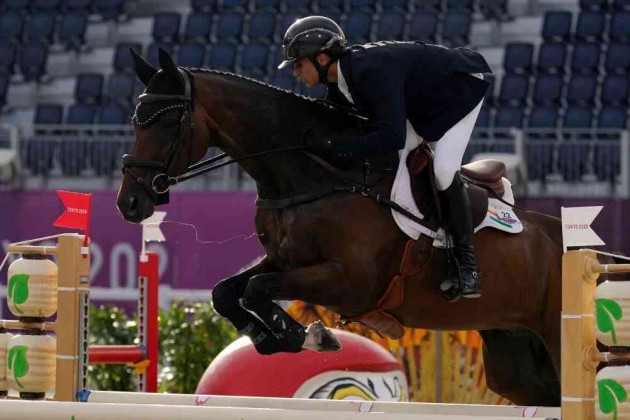 Equestrian Fouaad Mirza on Monday finished a creditable 23rd in eventing after he became the first Indian to reach the final of the event in Tokyo on Monday. Tokyo Olympics | Full Schedule | Sports News

Mirza and his equine Seigneur Medicott sneaked into the top-25 in the morning to make the jumping finals and become the first Indian to do so.

A big leap for #TeamIndia! ð


In the final, Mirza incurred 12.40 penalty points for an overall 59.60 that included the points from the three rounds of qualifying events -- dressage, cross country and jumping.

It was a creditable performance for the 29-year-old Bengaluru rider Mirza, who was the first equestrian to qualify for the Olympics since Imtiaz Anees in Sydney 2000.

Late Wing Commander I J Lamba (Atlanta 1996) was the only other Indian to have represented the country in equestrian at the Olympics.

Mirza started off the three qualifying eventing rounds with a spectacular dressage round by taking the ninth place on Saturday.

On Sunday, Mirza picked up 11.20 penalty points in the challenging Sea Forest Cross Country Course to be placed 22nd.

Mirza and Seigneur finished the cross country run in just over eight minutes after starting a bit late owing to a technical issue.

In the final qualifying event, Mirza knocked two fences in the jumping round to incur eight penalty points en route to finishing 25th with an overall 47.2 penalty points.

The final was once again a jumping round where the top 25 competed.

Germany's Julia Krajewski won the gold in the event, making her the first female Olympic champion in eventing's history.