The Ashes 2019: Worcestershire Match No Audition For Mitchell Starc And Josh Hazlewood

Tim Paine says Australia didn't need to see Mitchell Starc and Josh Hazlewood bowling well in their Ashes tour match to know how good they are. 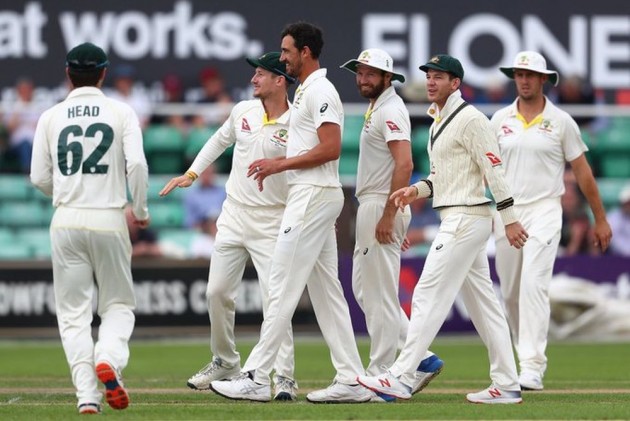 Pat Cummins, James Pattinson and Peter Siddle got the nod along with Nathan Lyon as pace duo Starc and Hazlewood missed out for a series-opening win over England at Edgbaston.

Starc and Cummins were back in action for the three-day tour match at New Road this week, taking 2-56 and 3-34 respectively in Worcestershire's 201-9.

The quicks were unable to make any further impact on the final day as only 13 overs were bowled due to rain, with Marcus Harris making 67 and Mitchell Marsh unbeaten on 39.

Australia captain Paine says the experienced Starc and Hazlewood did not have a point to prove against the Pears ahead of the Lord's Test, which starts next Wednesday.

Paine said: "We knew that any combination of our bowlers can get the job done. We've got some high-quality bowlers on this tour, it wasn't about seeing anything that we hadn't seen from those guys before in this match.

"We know how good the guys sitting on the sidelines are. They'll play a part in the Ashes, if and when the conditions suit.

"We weren't looking at Josh Hazlewood and Mitchell Starc thinking, 'I hope they bowl well'. We know how good they are and what they can do.

"Mitch is obviously coming off a World Cup, so it's good for him to get another red-ball bowl. Josh has said he feels every time he's bowled on this tour, after a long lay-off, he's got better.

"I thought both of their first spells here were really good and Michael Neser the same, in English conditions with the Dukes ball he can be a real handful."