There are four rounds of the MotoGP season remaining, but the peerless Marc Marquez has already wrapped up yet another world title with a dramatic victory at the Thailand Grand Prix 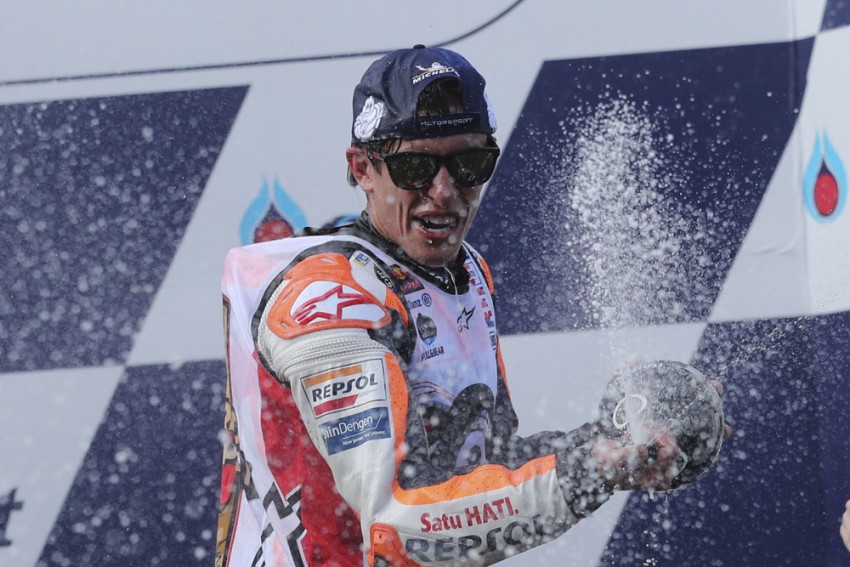 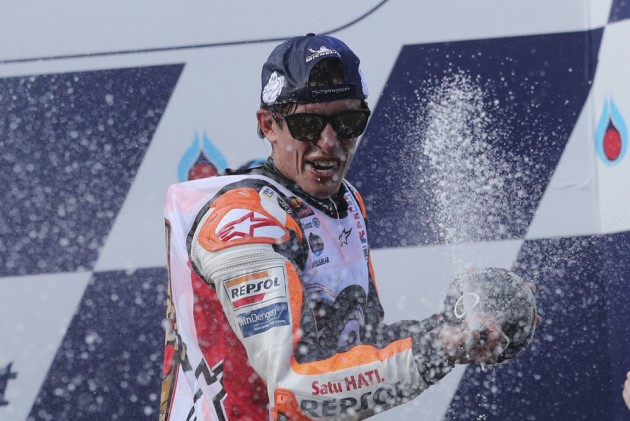 Marquez, who has now been crowned champion in six of his seven seasons at the highest level, edged out Quartararo on the final corner to leave the Frenchman crestfallen.

Yamaha rider Quartararo, who started on pole for the fourth time this season, led for the vast majority of the race only to eventually be passed by Repsol Honda rider Marquez in the closing stages.

There was almost a sensational final twist as Quartararo briefly sneaked back ahead at the final turn, but he could not make the move stick and cut a frustrated figure as Marquez celebrated yet another success.

With four races of the season remaining, MotoGP's dominant figure holds an unassailable 110-point advantage over Andrea Dovizioso, who could only finish a distant fourth.

Only Giacomo Agostini (8) and Valentino Rossi (7) have won more premier-class titles than Marquez, who holds eight MotoGP crowns in all. At just 26, the Spaniard appears highly likely to surpass both men.

Maverick Vinales rounded out the podium on Sunday, while Alex Rins finished just behind Dovizioso in fifth.

The day belonged to Marquez, though, who gradually increased the pressure on Quartararo throughout the race before sealing his latest championship success in style.