With the T20 World Cup the only piece of silverware missing in their trophy cabinet, Australia, boosted by the return of Steve Smith and David Warner, will look for a solid show against Sri Lanka a year before hosting the mega event. 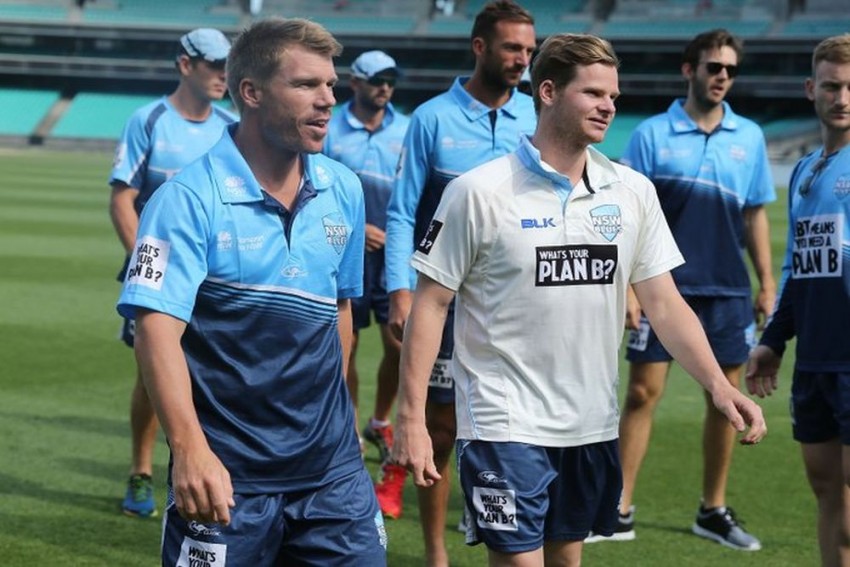 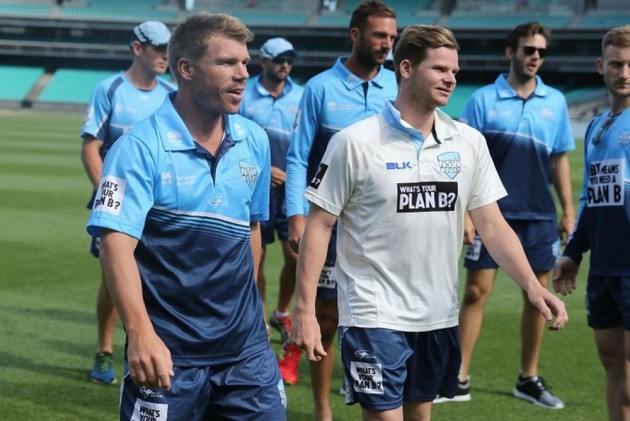 Steve Smith and David Warner return to the short format Sunday (October 27) in the first of Australia's three games against a buoyant Sri Lanka, with both tipped for next year's T20 World Cup at home. (CRICKET NEWS)

The star batsmen were both banned for a year for their roles in a ball-tampering scandal but have rejoined their country's Test, ODI and now T20 sides.

Despite their success in other formats, Australia have never won a T20 World Cup, with a 2010 final appearance their best showing.

ALSO READ: Mitchell Marsh Out For Up To Six Weeks After Punching Wall

The competition gets underway Down Under next October and selectors are banking on the same 14 picked to play Sri Lanka forming the bulk of their side.

"We have looked to put a squad together that we think can take us through to that tournament," said national selector Trevor Hohns.

"The squad we have selected is quite role specific and we believe it gives us the flexibility to thrive in all match conditions."

Aaron Finch retains the captaincy, with Smith still barred from holding any leadership role until the end of March for his part on trying to alter the ball with sandpaper in South Africa last year.

Australia will be heavily relying on the widely acclaimed batsman after his incredible exploits on his return to the game in the recent Ashes series against England.

Warner flopped in the those five Tests but is Australia's highest ever T20 run-scorer. He is set to open the innings with Finch, before Smith comes in at first drop.

'It Will Bode Well'

They will have their work cut out against a Sri Lankan side full of confidence after a stunning three-match T20 series sweep against Pakistan earlier this month.

Pakistan, who fired Sarafraz Ahmed as T20 and Test skipper in the aftermath, head to Australia for three games immediately after Sri Lanka.

The Sri Lankans sent a second string team for the one-day and T20 series against their South Asian neighbours due to withdrawals over security concerns.

But their squad for Australia, led by fast bowler Lasith Malinga, includes a host of returning senior players, including Kusal Perera and Niroshan Dikwella.

Two of the standout new faces from the Pakistan upset, Bhanuka Rajapaksa and Oshada Fernando, have been retained and will get an opportunity to shine in Australia.

Malinga said his team would also use the series to prepare for the World Cup.

"If we perform well in those (Australian) conditions, then it will bode well for our preparations for the World Cup," he said ahead of their departure from Colombo.

"And if you perform well on this tour, there will be a good chance of those players making it to the World Cup as well."