While Amit Panghal was handed a cash award of Rs 14 lakh for his silver medal-winning effort in 52kg category, Manish Kaushik received Rs 8 lakh for winning the bronze in the 63kg in the just concluded AIBA World Boxing Championships 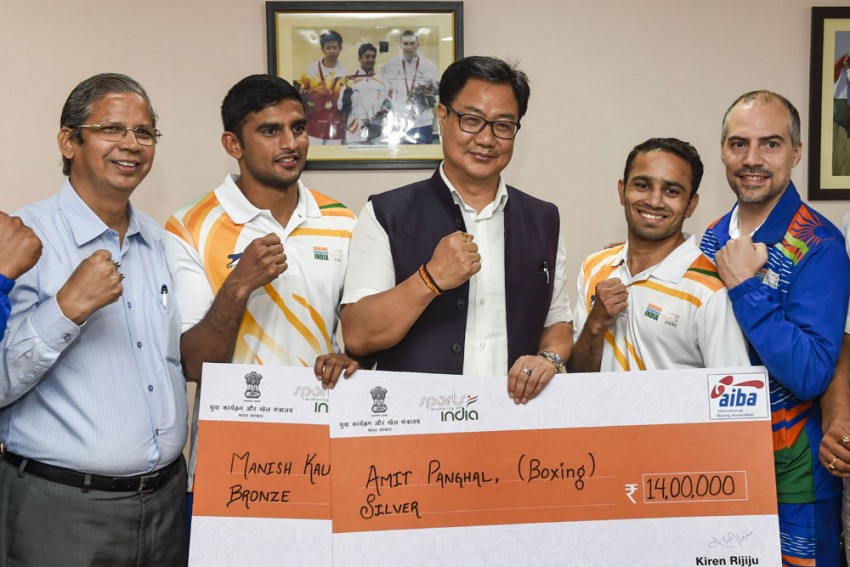 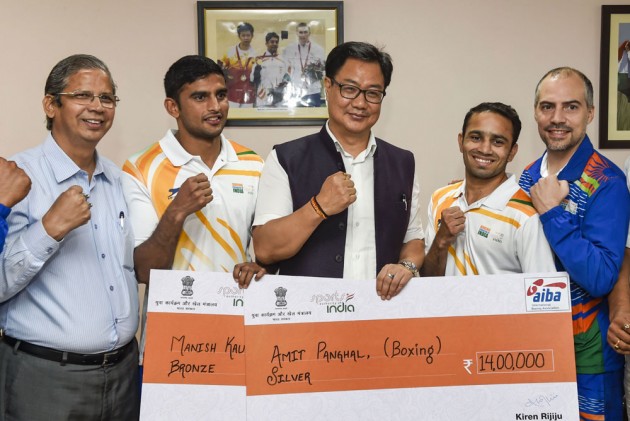 While Panghal was handed a cash award of Rs 14 lakh for his silver medal-winning effort in 52kg category, Kaushik received Rs 8 lakh for winning the bronze in the 63kg.

Panghal, who was the second seed, created history as he became the first male Indian boxer to reach the final of the World Championship.

The 23-year-old Kaushik had an impressive run in the tournament as he knocked out the fourth seed and Asian Games silver medalist Baatarsukhin Chinzorig in the round of 16, before seeing his tournament end in the semifinals to top seed Andy Cruz Gomez.

"I am very proud of India's best-ever performance at the men's Boxing World Championship. I feel India has a great future in boxing. In fact, even those boxers who reached the quarterfinal stage need to be congratulated for their performances," Sports Minister Rijiju said.

"This is the Olympic year and these medals are a sign that India is indeed prepared to put up a good show at Tokyo 2020. I want to assure all athletes, across all sporting disciplines preparing for Tokyo that we will extend all support."