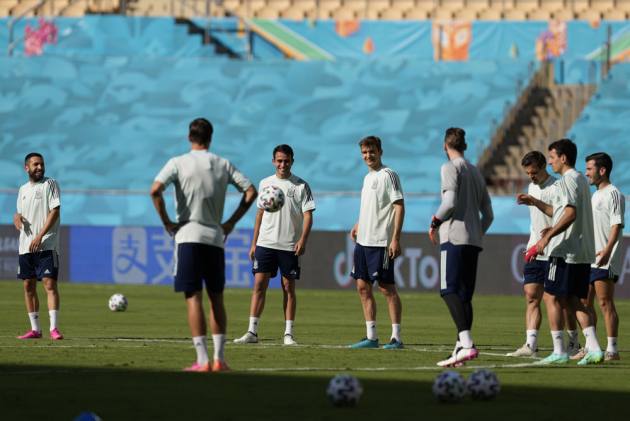 Somehow, Spain and Sweden are in the same group for the third successive qualification/tournament. Spain topped Group F, ahead of Sweden in the European Championship qualifier, then are clubbed again in the finals. Then the ongoing 2020 FIFA World Cup European qualifiers, where they are in Group B. And tonight they meet again, this time, under the spectre of COVID-19.

Spain manager Luis Enrique has a relatively young squad, but La Roja remain one of the favourites. Remember their 6-0 thrashing of Germany, and also 4-0 humbling of Ukraine -- both in UEFA Nations League.

Since their exploits in Euro 2008, World Cup 2010 and Euro 2012, Spain have failed to win another, but La Roja are still one of the favourites for the European Championship. It's fact that Luis Enrique has a relatively young squad and their preparations for Euro 2020 has been hampered by the absence of unfit Sergio Ramos and also coronavirus crisis, which forced Sergio Busquets and Diego Llorente. But again, they have a talented squad and fans expect to unearth a breakout star or two during the tournament.

Sweden also have a strong squad, but the absence of certain Zlatan Ibrahimovic would have made all the difference, at least in their confidence. The AC Milan star picked up a knee injury just before the tournament after announcing his return for the national team. But Janne Andersson, with his purpose-built team, can unsettle Spain. Swedes are known for their physical game; and against Spain, they have the physical advantage.

Head-to-head: They have met 15 times, with Spain winning six times. Swedes have won three, and five matches ended in draws. In their last meeting, they played out a 1-1 draw.