Home  »  Website  »  Sports  »  'Sourav Ganguly Joining BJP Can't Be Ruled Out, It's An Option To Survive In Cricket Admin'

'Sourav Ganguly Joining BJP Can't Be Ruled Out, It's An Option To Survive In Cricket Admin' 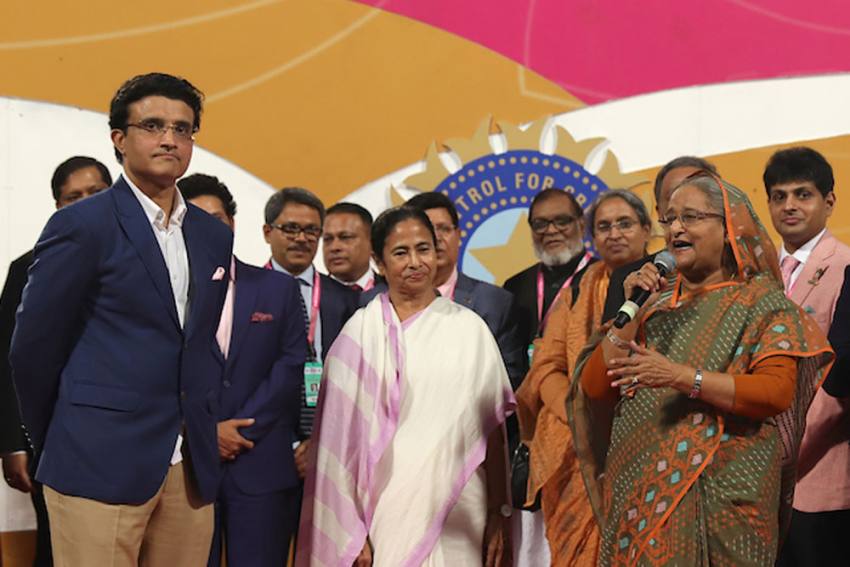 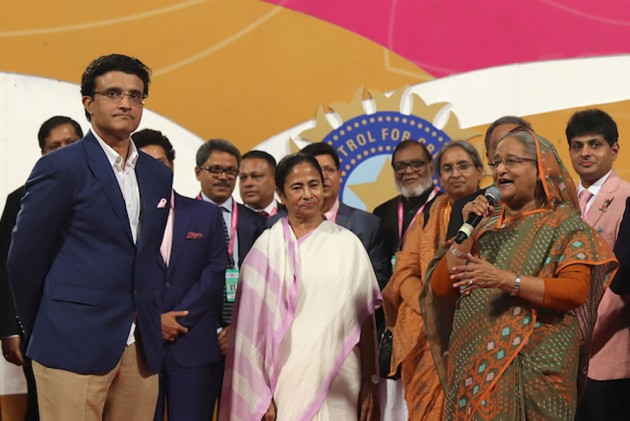 Within 24 hours of the Election Commission of India declaring the dates of the Assembly elections in West Bengal and three other states and one Union Territory, fresh rumours on Sourav Ganguly's political future have surfaced. (More Cricket News)

The former Indian cricket captain has constantly been in the headlines with several quarters suggesting that the Prince of Kolkata will 'repay' the BJP for enabling him to become the president of the Indian cricket board (BCCI) in October 2019.

The Motera cricket stadium was renamed the Narendra Modi Cricket Stadium. It has a record seating capacity of 132,000. Ganguly, who is recovering from back-to-back heart surgeries in Kolkata, missed the grand event but lauded the 'effort' needed to host the second pink-ball Test in India.

Will miss being at the stadium today ..what an effort it must have been to create this ..pink test was our dream and it's going be the 2nd one in india.hope to see full stands like last time. Under the leadership of Honble Prime minister @narendramodi Amit Shah @AmitShah .. pic.twitter.com/za7vdYHTN0

With the BJP and Trinamool Congress on an overdrive to recruit celebrities ahead of the eight-phase West Bengal elections in March-April, the grapevine was ripe on Saturday that Ganguly, once seen as BJP's chief ministerial candidate in West Bengal, was joining the 'lotus' party.

ALSO READ: Sourav Ganguly, The Cricketer And A Showman

But party sources told Outlook that "there were no such plans and if a person like Sourav Ganguly has to join BJP, he will do so at the party headquarters in Delhi."

More importantly, Amit Shah was expected in Kolkata on March 2 and Dilip Ghosh, the BJP party president in West Bengal, was touring the districts.

It may be recalled that Ganguly's arrival in cricket administration was facilitated by Trinamool Congress chief Mamata Banerjee in September 2015. Ganguly succeeded the late Jagmohan Dalmiya.

Although Ganguly has steadfastly refused to join any political party, one of his close friends says that "it is too late for him to join any party now but anything can happen in the future."

"To survive in cricket administration, joining a strong political force is a mouthwatering option," said the friend.

Ganguly's tenure as BCCI president is under the scanner. The Supreme Court will adjudicate in March whether he and Jay Shah, the Home Minister's son, can continue as BCCI office-bearers.

As per the BCCI constitution, both Ganguly and Shah have ended their terms last year and ought to be cooling off for three years each.

'I Would Never Shut Up About Things That Are Wrong: LeBron James Responds To Zlatan Ibrahimovic's Criticism