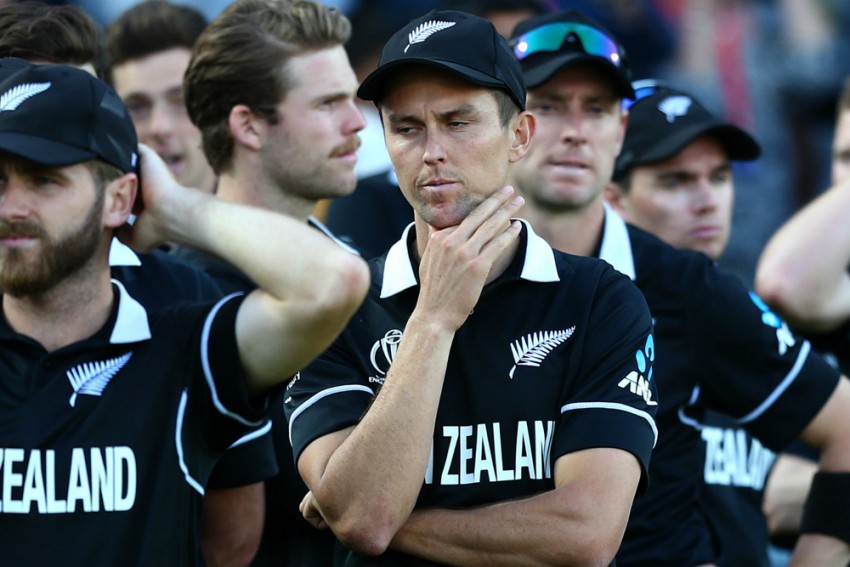 A Super Over was required at Lord's after an extraordinary moment of luck helped England during the closing stages of their run chase.
Getty Images
Omnisport July 18, 2019 00:00 IST Sorry For Letting Everyone Down: Trent Boult Apologises After New Zealand's Cricket World Cup Final Loss 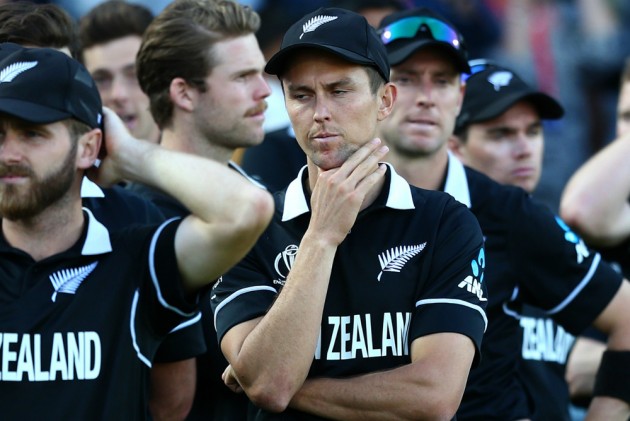 New Zealand were agonisingly denied by England in a dramatic decider at Lord's on Sunday – the World Cup hosts prevailing due to their superior boundary count after a Super Over.

Both New Zealand and England made 241 from 50 overs and 15 in the subsequent Super Over shoot-out as the latter prevailed by the smallest of margins for their maiden World Cup title.

After arriving back in New Zealand on Thursday, paceman Boult told reporters: "It's been a long flight home but it [the defeat] probably hasn't sunk in yet.

"I wish it would, so we can all get over it but it's one of those things that we probably won't get over for a long time."

Boult added: "We've just been on a plane 15 hours and there were a lot of Kiwis saying 'we felt for you'. I didn't really know what to say.

"Obviously, we're all hurting and we're sorry for letting everyone down. I just want to get home, walk my dog along the beach and try to forget about it but it's gonna be a hard one to swallow for the next couple of years."

The first wave of players and support staff have arrived back in Auckland from the @cricketworldcup #CWC19 #BACKTHEBLACKCAPS pic.twitter.com/EPTWOzV2z2

A Super Over was required at Lord's after an extraordinary moment of luck helped England during the closing stages of their run chase.

Ben Stokes inadvertently deflected the ball to the boundary rope, meaning England were sensationally awarded six runs as he raced back to complete a second run with nine needed from three balls

"It's natural to nitpick, to wonder about all those little things and how it could have been a totally different game," Boult said.

"I've been living that last over in my mind a lot – somehow I got hit for six along the ground which has never happened before. To see the scores level [after the Super Over] and still lose, yeah, that was a pretty unique situation."

Boult was involved in a heartbreaking moment of his own after taking a catch off England all-rounder Stokes, only to step on the boundary rope and concede six runs.

"The priority in that situation is on the ball itself, so that was all I was worried about. It was silly of me not to know where the rope was. It was similar to the catch against the West Indies earlier in the tournament but they're quite quirky boundaries over there [at Lord's]. They're not circles, they're kind of octagons and squares and all sorts of things.

"You can imagine the feeling when my left shoe hit the cushion and it was too late to throw the ball to Marty [Guptill]. There were probably 27,000 intoxicated Poms in there screaming as the ball went up, so I couldn't hear anything Marty was saying."