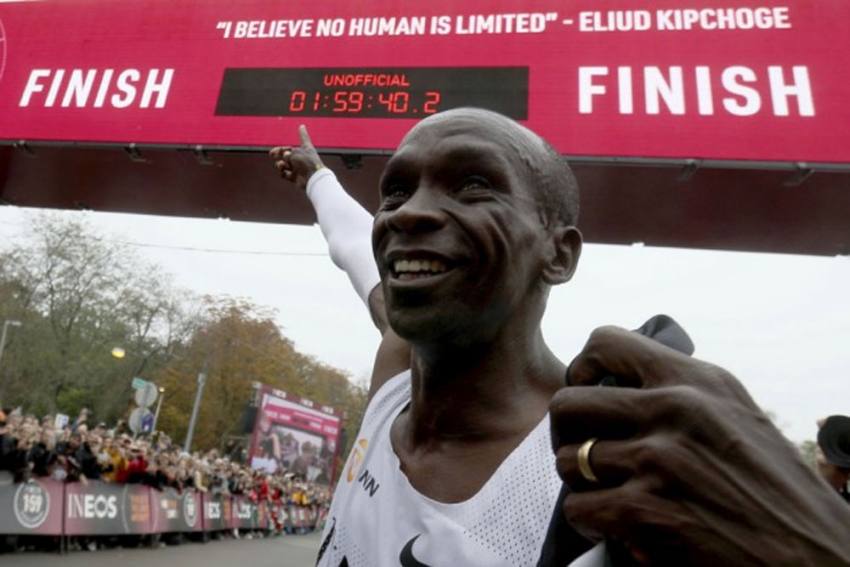 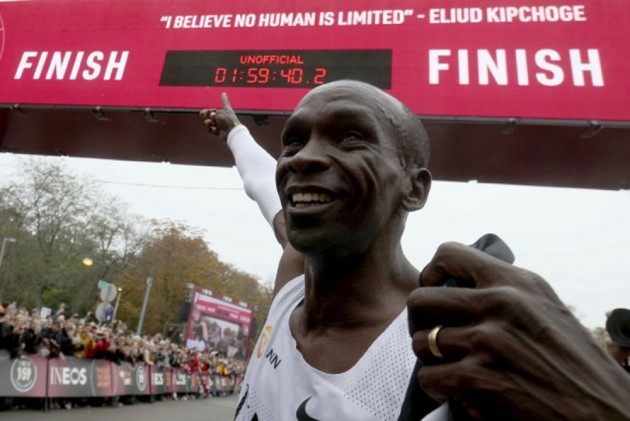 When Eliud Kipchoge made history by beating the two-hour mark for the marathon, the Kenyan was wearing a pair of controversial Nike running shoes that has sent rival companies scrambling to play catch-up in a business worth billions of dollars. (More Sports News)

The likes of Adidas, Asics, Brooks, Hoka, New Balance and Saucony have recently released or are about to unveil their own carbon-fibre versions of running shoes.

Critics claim the new shoes are the equivalent of mechanical doping, while supporters hail them as a revolutionary technical advance in footwear after decades of stagnation.

Nike said its Vaporfly range, unveiled in 2016, was an "example of how product design can capture the fascination of an entire sporting community and, more broadly, inspire new benchmarks of athletic potential", boasting an improvement in times by up to four percent.

Elite athletes wearing versions of the Vaporfly, the carbon plates of which lend a propulsive sensation to every stride, have set a rash of personal bests and Nike runners have practically swept the board in long-distance events -- they took 31 of the 36 podium places at the six marathon majors last year.

Kipchoge was wearing an AlphaFly prototype boasting three carbon-fibre plates when he dipped under two hours in Vienna on October 12, while fellow Kenyan Brigid Kosgei was in ZoomX Vaporfly Next% shoes featuring a single plate when she set a startling new women's record of 2hr 14min 04sec in Chicago a day later.

Critics have been quick to question the advantage Nike-wearing athletes suddenly enjoyed. That led to World Athletics eventually stepping in to limit the thickness of the sole to 40 millimetres (Vaporfly are 36mm) and one embedded plate, while also insisting that running shoes had to be commercially available from mid-March to be allowed in elite competition -- that is, no more prototypes.

''Technology made other sports evolve''

"My belief is that shoes with carbon-fibre plates are part of the long-term evolution of running shoes and part of the continued innovation that has been at the centre of running shoe development since the early 1970s," US-based journalist Brian Metzler, author of ''Kicksology: The Hype, Science, Culture and Cool of Running Shoes'', told AFP.

"I believe those shoes are fair for several reasons, but the biggest is that they do not artificially create energy but instead only maximize the force and energy a runner naturally puts into his or her stride," Metzler said.

He argued that tennis, skiing, cycling, golf and football had evolved because of advancements in equipment.

"The key is that, at some point, all competitors must have access to similar or equal technology to ensure an equal playing field."

Geoff Burns, a biomechanics and sport performance researcher at the University of Michigan, said the introduction of Vaporflys had been a tipping point.

"Previously, the optimality equation for racing shoes was to provide a little bit of cushion at the lightest possible weight," Burns told AFP.

"The new foam allowed engineers and biomechanists to re-think the architecture of what was on someone''s foot, and they demonstrated that substantial gains in performance were still on the table with equipment modifications despite having been largely stagnant for the better part of four decades."

Amby Burfoot, winner of the 1968 Boston marathon and a former editor-in-chief of Runner's World magazine, said he thought the unannounced introduction of the Nike shoes in 2016, particularly at the US Olympic Marathon Trials and the Rio Olympics, had been "absolutely unfair".

"It was equivalent to letting one group of pole vaulters use fibreglass while everyone else was consigned to bamboo or some other stiff material," Burfoot told AFP.

Burns, who competes internationally in ultramarathons, said it was now a question of "how much we want performances to be feats of engineering".

He argued it was not too far along the development curve that World Athletics could not further tighten regulations if they deemed it necessary.

"The sport is in a place where our interpretation of results and performances will always be coloured by equipment qualifications. Do we want that? Some do, as some see engineering advances as a fun part of the equation.

"Others don't, as they see it as distorting the purity of the human performance. Everybody falls somewhere along that spectrum."

Nike seems to have a significant headstart on other producers in research and development, although major rivals have scrambled to launch their own versions in a bid for a share of the ultra-competitive market.

"To be fair, Nike has always been a leading innovator in athletic shoes and apparel," explains Metzler.

"That''s been a part of their corporate identity since the 1970s as a means to becoming the successful leader it is.

He said the controversial shoes were "by far" the leaders in performance and sales "because Nike is a successful marketing machine" and with a large percentage of the world''s best runners under contract "their visibility and hype is much greater."

Burfoot argues that other manufacturers had been left for dust.

"The world woke up to a new reality. But it wasn't easy for other shoe companies to catch up to Nike -- it took time, and trial and error--and we still don't know how much they have closed the gap."

Running shoe expert Burns said in terms of the rivals' new shoes "there are only one or two that may be getting close to Nike's".

"It seems that most other companies have made shoes that are a step forward from their previous racing shoes, but I'd be surprised if any of them are quite as beneficial as the original Vaporfly 4% from three years ago, let alone the newer iterations."