Belgium leads the group with 13 points. The Czechs are second with seven, a point ahead of third-place Wales 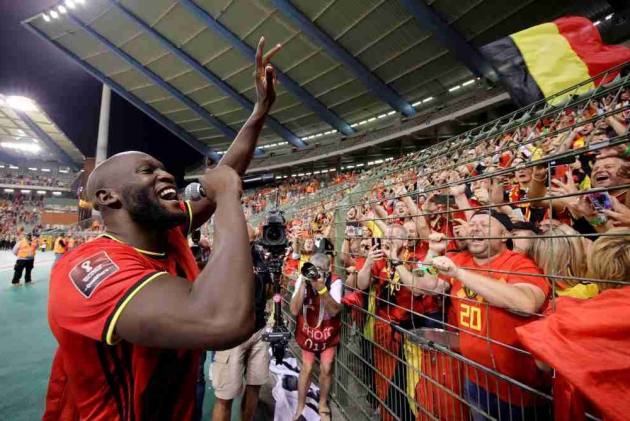 Romelu Lukaku celebrated his 100th international with a goal as Belgium opened up a six-point lead after a 3-0 win against the Czech Republic in World Cup qualifying. (More Football News)

“The players did exactly what I asked of them,” Belgium coach Roberto Martinez said.

"But we need to stay focused for the next game."

That game is against Belarus on Wednesday, when Wales hosts Estonia.

Lukaku scored in the eighth minute at King Baudouin Stadium, his 67th goal for the national team. Eden Hazard doubled the lead shortly before halftime and Alexis Saelemaekers put the result beyond doubt with a goal in the 65th.

Belgium leads the group with 13 points. The Czechs are second with seven, a point ahead of third-place Wales which has played two fewer games.

After going nearly two years without an international goal, Bale extended his record Wales goals tally to 36 in 98 games.

“Everything was against us," Bale said.

"It was not a good first half whatsoever, but I felt in the second half we really changed it and got on the front foot.”

The Real Madrid forward had missed from the penalty spot against Turkey at the European Championship this summer.

The game was switched to Russia as Wales was unable to enter Belarus by air due to sanctions against the Minsk government.

Belarus has three points. Last-placed Estonia is on zero points.(AP)