Aymeric Laporte and Ederson are already confident Rodri is the right man to provide competition to Fernandinho in the Manchester City midfield. 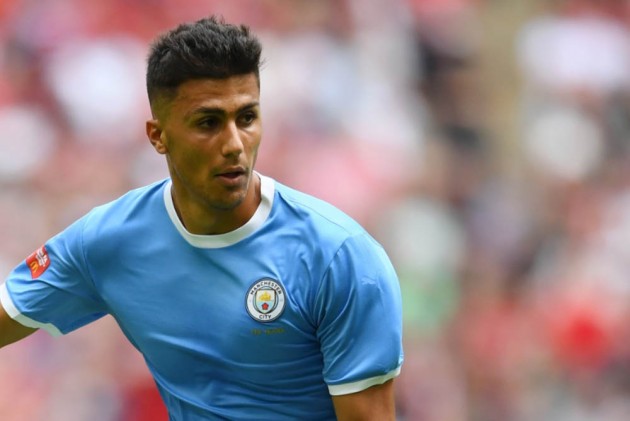 Aymeric Laporte and Ederson are already confident Rodri is the right man to provide competition to Fernandinho in the Manchester City midfield.

City lacked a genuine alternative to key man Fernandinho in the holding role last season, but Rodri has since arrived from Atletico Madrid in a club-record £63million deal.

Rodri started at West Ham on Saturday and soon looked up to speed in a 5-0 win at London Stadium.

Laporte praised the midfielder's ability to move the ball out of tight spaces in the middle of the pitch, comparing the Spaniard to Fernandinho.

"He can do that at Fernandinho's level," Laporte told The Athletic. "Fernandinho does it a lot.

"I think the two are very good, they offer a lot to the team, most of all when we play out from the back."

A composed competitive debut so far from Rodri

And goalkeeper Ederson recognises the importance of City having depth in the one position where previously they were light.

"He plays the same way as Fernandinho, he's strong in the air, goes up well, he fights well," Ederson added.

"That's important because last season we only had Fernandinho in this position and now we have two great players."