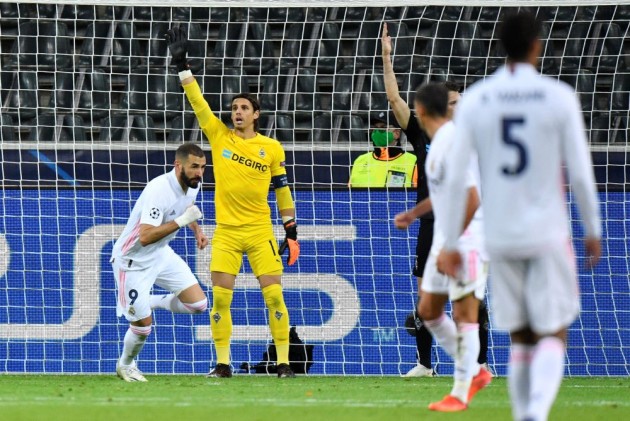 Hazard came off the bench with 20 minutes remaining as stuttering LaLiga champions Madrid overturned a two-goal deficit to salvage a 2-2 draw against Borussia Monchengladbach thanks to Casemiro's 93rd-minute equaliser.

Belgian star Hazard was included in the squad for the first time this season, having sustained a muscle injury as he neared a return to action at the end of last month.

Discussing Hazard's comeback post-match, Madrid boss Zidane told reporters: "It was his first game after a long time out.

"That was the plan to gradually try and get him playing and that's what we've got to do with Eden.

"He needs to be involved gradually and that's all there is to it. How we're going to do that will depend on the games.

"Given that we're playing every three days we'll have to see how we're going to do it."

Gladbach became the 30th different opponent Benzema has scored against in the Champions League – only Lionel Messi (36), and Cristiano Ronaldo and Raul (both 33) have scored against more teams in the competition's history.

The result left Madrid with one point from two games in Group B following last week's shock defeat at home to Shakhtar Donetsk.

Zidane, whose Madrid averted defeat in a Champions League away fixture having trailed by two goals for the first time since December 2006 – added: "It's a deserved result but we could have won it because we do all we can do win games but there was a team up the other end who made it difficult for us.

"We didn't panic, we kept opening the pitch up and we showed real character to come back. That's what I'll be taking away from this because being 2-0 down in the Champions League and getting a point is a great result.

"If we keep playing like we did tonight we'll achieve great things and win games."