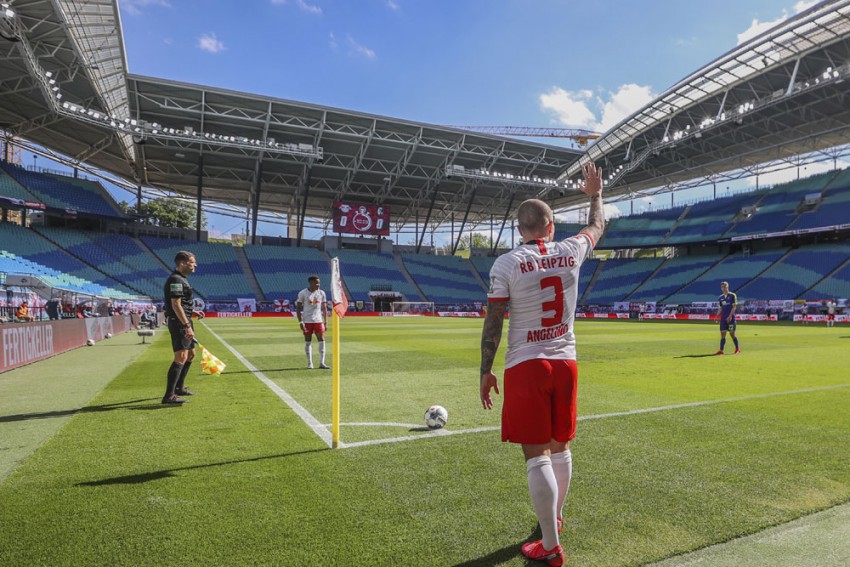 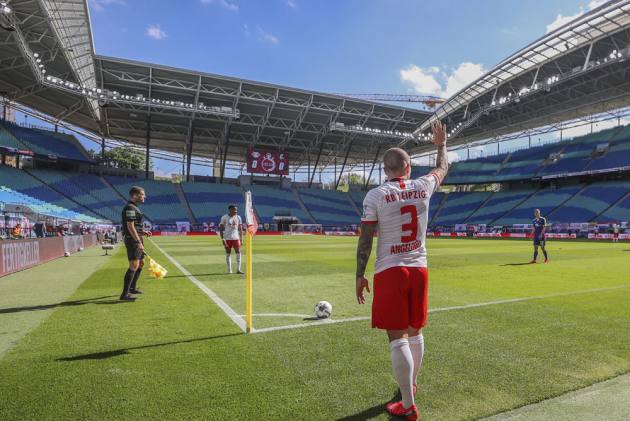 RB Leipzig's return to Bundesliga action saw them immediately suffer a setback in the title race as they were held to a 1-1 draw by Freiburg, who were denied a late winner by VAR.

In the absence of spectators in their first game since the league was suspended on March 13 due to the coronavirus pandemic, Leipzig dominated matters at the Red Bull Arena.

However, Manuel Gulde's 34th-minute interlude to the near-constant Leipzig pressure looked to have secured a surprise win for Europa League hopefuls Freiburg.

Yussuf Poulsen's header in the 77th minute levelled matters but Robin Koch tucked what seemed to be a 93rd-minute winner, only for VAR to rule there had been an offside in the build-up.

The draw leaves Leipzig four points behind Bayern Munich, who have a game in hand, and three adrift of Borussia Dortmund in second place.

Leipzig were on the front foot right from the off and Konrad Laimer went close to opening the scoring in the second minute when he shot narrowly wide from outside the box.

He had been teed up by Christopher Nkunku, who then forced Alexander Schwolow into action with a powerful half-volley that was beaten away by the diving Freiburg goalkeeper.

Schwolow was needed to preserve parity again as he kept out Timo Werner's near-post effort after a rapid counter from the Leipzig talisman.

Yet for all Leipzig's opportunities, it was Freiburg who broke the deadlock with their first shot of the game, though it was debatable how much Gulde knew about it.

He diverted Vincenzo Grifo's corner beyond Peter Gulacsi to give the visitors the lead, which perhaps should have been doubled when captain Christian Gunter fizzed a shot across the face of goal.

Leipzig introduced Ademola Lookman for Nordi Mukiele and, after Marcel Halstenberg tested Schwolow from long range and Poulsen dragged a shot wide, the substitute was guilty of a shocking miss.

Lookman skewed his close-range strike from Kevin Kampl's delivery off target with the goal at his mercy.

Kampl then saw a goal-bound effort cleared and Poulsen headed wide as the pressure grew.

Schwolow made a fine stop with his legs to deny Lookman before further displays of inaccuracy from Poulsen and Lookman, the former redeeming himself with a towering far-post header from a Kampl cross.

Koch converted from Lucas Holer's header across goal from Gunter's free-kick, but Freiburg's celebrations proved premature as Holer was adjudged to have strayed offside.

Borussia Dortmund 4-0 Schalke: Erling Haaland Picks Up Where He Left Of On Bundesliga Return