Manchester United were held to a draw by Fulham in front of 10,000 fans, with Edinson Cavani's superb lob not enough for victory. 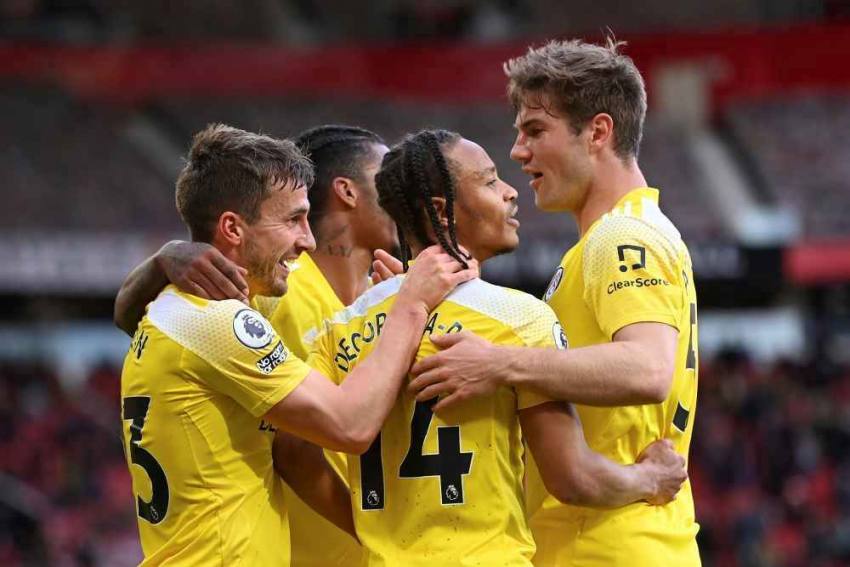 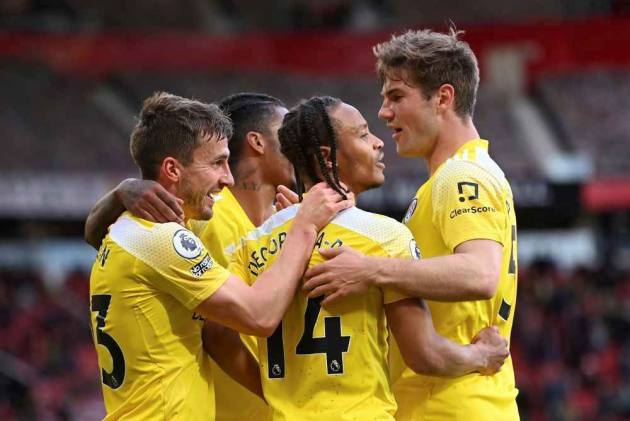 Edinson Cavani ensured the return of fans to Old Trafford was a memorable one as he stole the show with an incredible long-range lob but Manchester United were held 1-1 by relegated Fulham. (More Football News)

A derby victory over Manchester City back in March 2020 was the last time United supporters were permitted inside the stadium for a game before the impact of the coronavirus pandemic forced all matches behind closed doors after a long stoppage to all competitions.

Ten thousand were allowed inside Old Trafford on Wednesday amid loosening of restrictions in England and, in a game where United were out to clinch second in the Premier League, they were treated to one of the goals of the season from Cavani.

His remarkable lob of Fulham goalkeeper Alphonse Areola from 35 yards broke the deadlock and seemingly put United on course for a routine success.

However, United did not take their chances thereafter and were ultimately punished as Joe Bryan's first Premier League goal secured a share of the spoils for Fulham.

10 - Manchester United have dropped 10 points from winning positions at Old Trafford this season - their highest ever such total at home in a Premier League campaign. Issue.

In the top five in the Premier League in minutes per goal among players with at least five to their name, Cavani had the audacity to attempt a long-range effort beyond the realm of most players.

But the execution on his perfectly weighted chip was exquisite, with former Paris Saint-Germain team-mate Areola only able to get a helping hand on the shot as Cavani sent the crowd into raptures in his first game in front of United fans since joining the club.

Bruno Fernandes, United's player of the year, saw a bending effort kept out by Areola as United dominated, though Fabio Carvalho wasted a golden chance to level as he shot straight at David de Gea having been played through by an inch-perfect pass from Ademola Lookman.

Fernandes surprisingly whipped a free-kick wide from the edge of the area before De Gea had to produce a double save to deny Lookman and Carvalho from a tight angle in quick succession. 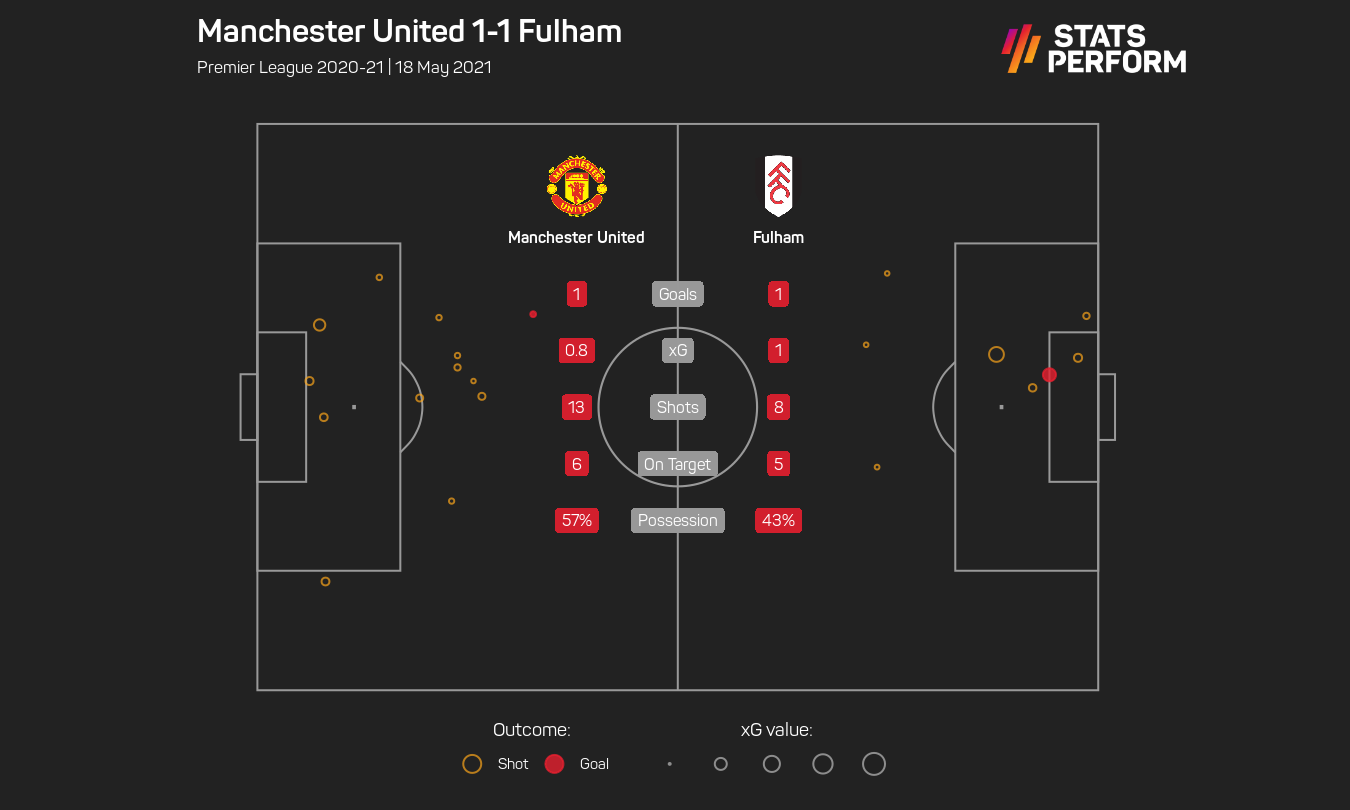 What does it mean? United must find form

United will still likely finish as runners-up to Manchester City, but a surprise draw here means it is now three games without a win for Ole Gunnar Solskjaer's men.

Not ruthless enough up front and decidedly shaky at the back without the injured Harry Maguire, Solskjaer has plenty to concern himself with ahead of next week's Europa League final with Villarreal.

When Cavani spotted Areola off his line and opted to go for goal, the opportunity had an xG value of 0.02, showing just how remote his chances of scoring were.

However, players of Cavani's talent have the ability to achieve the seemingly impossible, and his 10th league goal of an impressive debut campaign is one those who went through the protocols to finally attend a game again will remember for a long time.

No home comforts for United

A significant reason why City have run away with the Premier League is United's fallibility at the back, especially in home games.

They have conceded 28 home goals in the Premier League this season, last conceding more at Old Trafford in a single campaign back in 1962-63 (38). United have also dropped 10 points from winning positions at home this season – their highest ever such total at home in a Premier League season

- Fulham have picked up a point from a losing position versus United at Old Trafford for only the second time in Premier League history, also doing so in February 2014 – a game in which current manager Scott Parker played for the Whites.

- Cavani became only the third Man Utd player to reach 10+ goals in a single Premier League season while aged 33 or over at the start of that campaign, after Teddy Sheringham in 2000-01 and Zlatan Ibrahimovic in 2016-17.

- Cavani is the 25th different player to score 10+ goals in a single Premier League season for United – more than any other team in the competition's history (Arsenal 24 players).

United round off their domestic campaign on Sunday at Wolves before turning their attention to the Europa League final with Villarreal three days later. Fulham's final game before dropping back into the Championship sees them host Newcastle United.