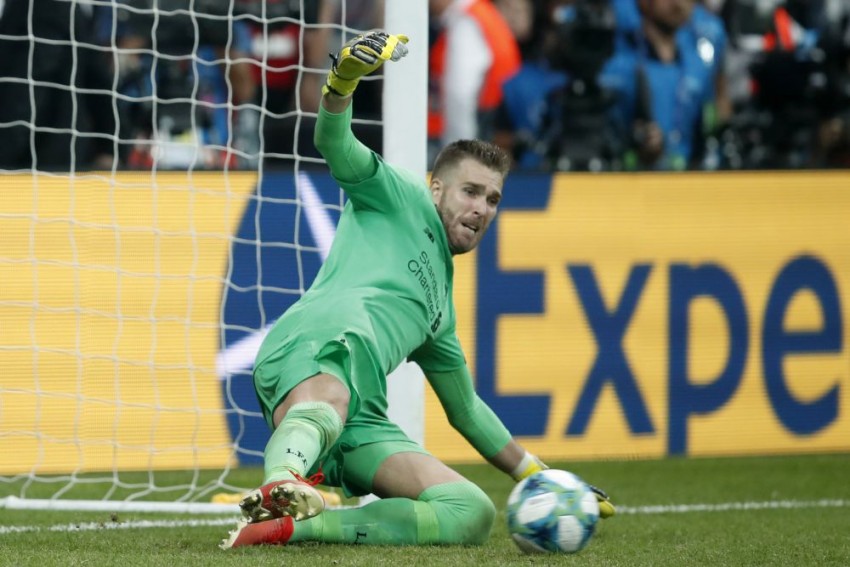 Liverpool's Adrian was injured by a fan shortly after his teammates congratulated him for the decisive penalty save during the UEFA Super Cup shootout against Chelsea earlier this week.
AP
Stats Perform 2019-08-16T17:18:28+05:30 Premier League: Liverpool's Adrian Doubtful For Southampton Trip After Pitch Invader Collision 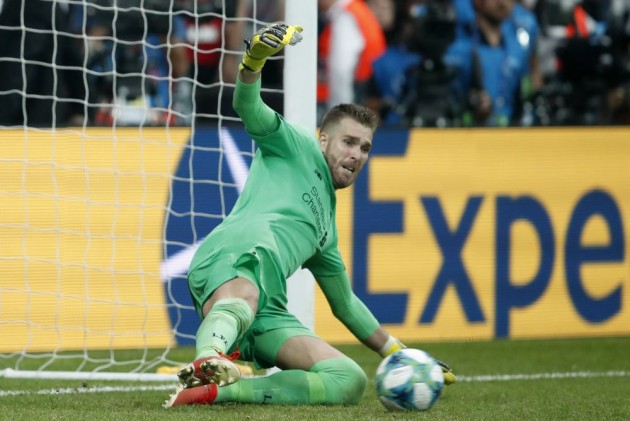 Andy Lonergan could receive a surprise call-up to Liverpool's starting XI for their Premier League clash against Southampton after a freak injury to second-choice goalkeeper Adrian. (FOOTBALL NEWS)

An irritated Jurgen Klopp revealed the second-choice shot-stopper was struggling with swelling following a post-match collision with a pitch invader and is a doubt for Saturday's outing.

Adrian had been in the headlines for the right reasons against Chelsea in Istanbul, saving the decisive spot-kick from Tammy Abraham as Liverpool prevailed on penalties following a 2-2 draw at the end of extra-time.

The Spaniard, signed on a free earlier this month, only began the game after regular starter Alisson injured his calf during the Premier League victory over Norwich City at Anfield.

Third-choice option Andy Lonergan, 35, another recent acquisition following his release by Middlesbrough, may now be required to take over at St Mary's, much to Klopp's chagrin.

"I really don't understand why in a world of social media, where you are all on it, where we are all together, a supporter jumped over something, was chased by security guys, slipped and kicked [Adrian's] ankle," the Reds boss said on Friday.

"Crazy. [Thursday] it was swollen. Today I spoke to him, here's here, he said it's much better. Much better than yesterday, but we have to see.

"Apart from that, it was a brilliant night for him, for sure."

Klopp did not hide his frustration with the ongoing instances of Liverpool supporters entering the field of play, which also occurred after the pre-season defeat of Tranmere Rovers.

"There's no doubt about how much we love our fans, but if they could all stop doing that. That's now the worst example I've heard about," he said of the latest incident involving Adrian.

"I like the fact we don't have fences in the stadium, but that means there's a lot of responsibility on security.

"If the one person cannot stop himself then the people around him should do it. It's crazy. You think, wow, how can this happen?"