A team of female officials took charge of the UEFA Super Cup for the first time on Wednesday and Liverpool boss Jurgen Klopp was impressed. 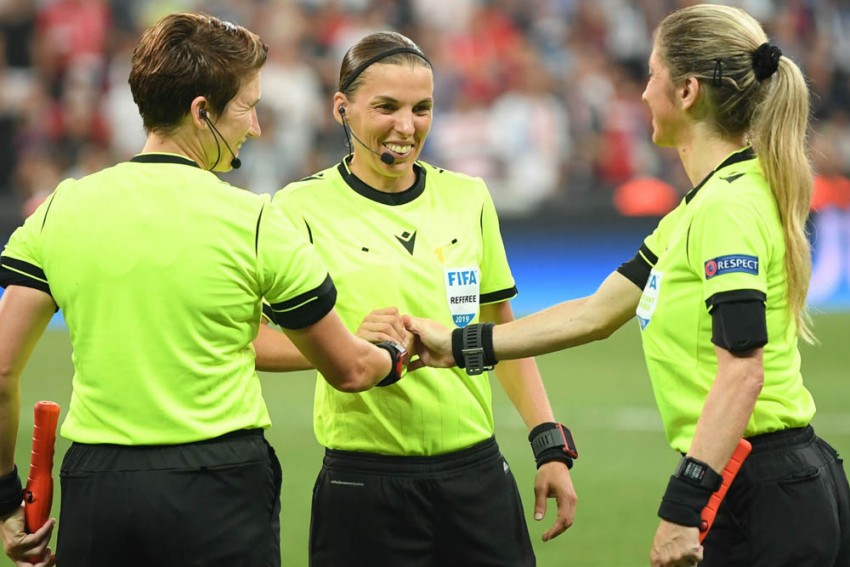 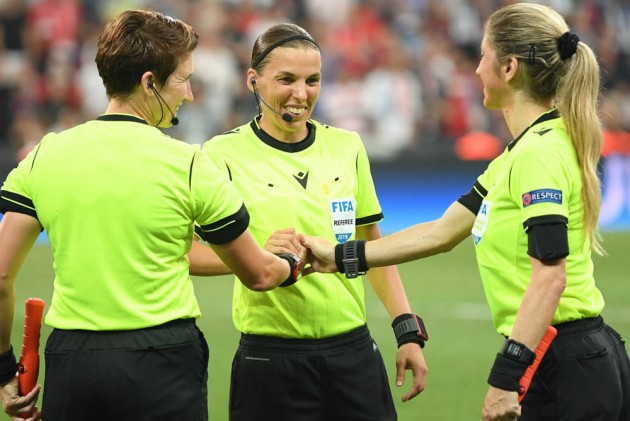 Liverpool manager Jurgen Klopp applauded the historic all-female team of officials that took charge of Wednesday's UEFA Super Cup, and he was convinced the Reds "would have won 6-0" had they worked as effectively as them.

Stephanie Frappart of France became the first female referee to officiate on a men's match in a major European final, with Italy's Manuela Nicolisi and Michelle O'Neill of the Republic of Ireland assisting.

The contest - which Liverpool won 5-4 on penalties following a 2-2 draw after extra time - certainly provided a test for the officials, with Christian Pulisic and Mason Mount correctly having a goal apiece disallowed for being marginally offside.

However, a penalty awarded to Chelsea was more controversial as Tammy Abraham appeared to go down after minimal contact from Liverpool goalkeeper Adrian.

ALSO READ: Adrian Can Have The House For F*** All! – Jamie Carragher Offers Home To Liverpool Goalkeeper

Klopp was not impressed with that decision, though he is adamant Frappart and her team did well otherwise.

"I spoke to the refereeing team after the game [and said] that if we would have played like they whistled, then we would have won 6-0," Klopp told reporters.

"They played a brilliant game. I also said I wasn't happy with the penalty decision, as I'm still not sure, but it's not important any more.

"They were good, they were really good. There was pressure on them like hell. It was an historic moment and they stayed themselves, stayed calm and did what they had to do in a very difficult and intense game.

"I couldn't have more respect, it was a really brilliant performance."

Adrian Can Have The House For F*** All! – Jamie Carragher Offers Home To Liverpool Goalkeeper