Liverpool manager Jurgen Klopp sees some similarities between Borussia Dortmund teams that won the Bundesliga in consecutive seasons and reached the Champions League final in 2013, and the way Chelsea boss Frank Lampard has put his faith in the Blues's kids. 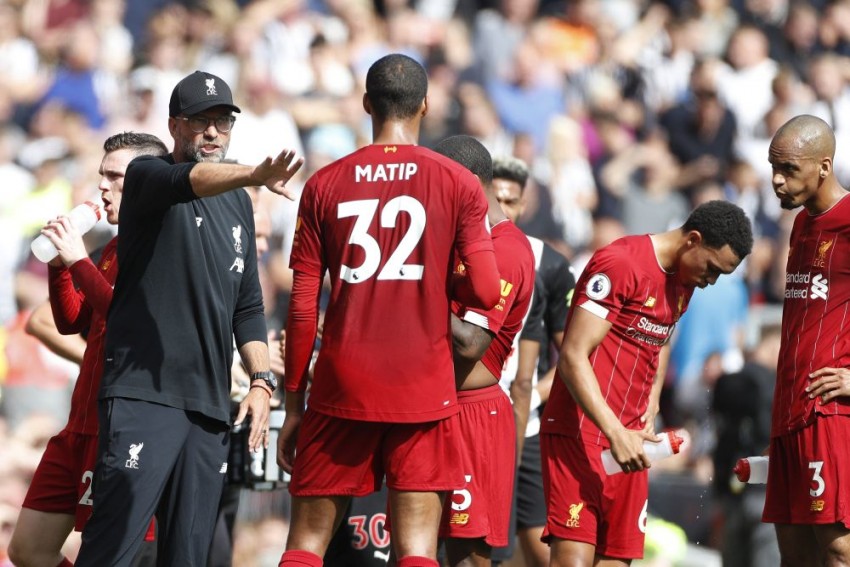 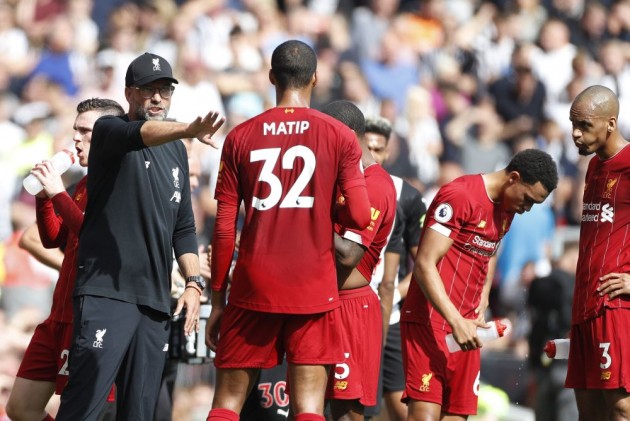 Jurgen Klopp warned Liverpool on Friday to brace for a fierce fight with the Chelsea youngsters that remind him of the thrilling Borussia Dortmund sides that took Germany and Europe by storm. (FOOTBALL NEWS)

He sees more than a few similarities between Dortmund teams that won the Bundesliga in consecutive seasons and reached the Champions final in 2013, and the way Chelsea boss Frank Lampard has put his faith in the Blues's kids.

"It's a really exciting team, it reminds me a little bit of my team at Dortmund years back when they were really young, even younger than this Chelsea team," Klopp said.

"They brought in Christian Pulisic in the summer and all the players around him have the same value -- Tammy Abraham, Mason Mount, (Callum) Hudson-Odoi.

"A good team, all my respect. They are a proper contender for pretty much everything."

Academy graduates Abraham, Mount and Fikayo Tomori have all enjoyed strong starts to Lampard's first season in charge, with Chelsea's transfer ban forcing their new manager to give the youngsters an opportunity that was hard to come by in previous years of big spending by the Blues.

Abraham already has seven goals this season, while Mount is hopeful of featuring this weekend after recovering from an ankle injury suffered in Tuesday's Champions League defeat against Valencia.

Liverpool head to Chelsea having won all of their opening five league matches but with only one away win against top six opposition in their previous 12 attempts.

Despite his praise for Chelsea's young tyros, Klopp must fancy his chances of ending that frustrating streak against a team still looking for their first home win under Lampard.

Liverpool had their own midweek blip in the Champions League, with a 2-0 loss at Napoli bringing the holders back down to earth after their superb start to the domestic season.

But Klopp's team sit five points clear of champions Manchester City thanks to their perfect start.

The Reds have already beaten Chelsea on penalties to win the European Super Cup after a 2-2 draw in Istanbul in August.

"There are different ways to win away games, we have to find a way to find one," Klopp said.

"We go there to get a result, you can't go to Chelsea and have a guarantee that you are going to win the game, they are just too strong for that.

"I think in 2016, we won against all of the top six and had all of the problems. Now we are much more successful winning all the other games." While Liverpool have their sets sight on a first English title since 1990, Lampard knows Chelsea are likely to have to settle for a top four challenge following the transfer ban and close-season departure of Eden Hazard to Real Madrid.

Continuing the development of Abraham, 21, Mount, 20, and company is essential to Chelsea's progress and Lampard is eager for Mount to face Liverpool to further his education.

"He has got a chance. We saw the image of the tackle which made it look really bad. Hopefully it is not so bad," Lampard said.

"We are trying, the good thing about Mason is his attitude is so good that he will give everything to play for this club. We will have every opportunity to try to get him there."