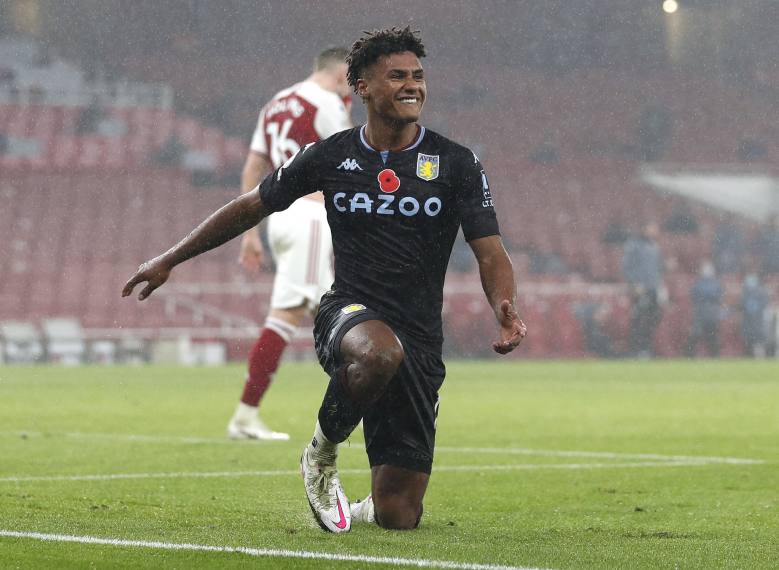 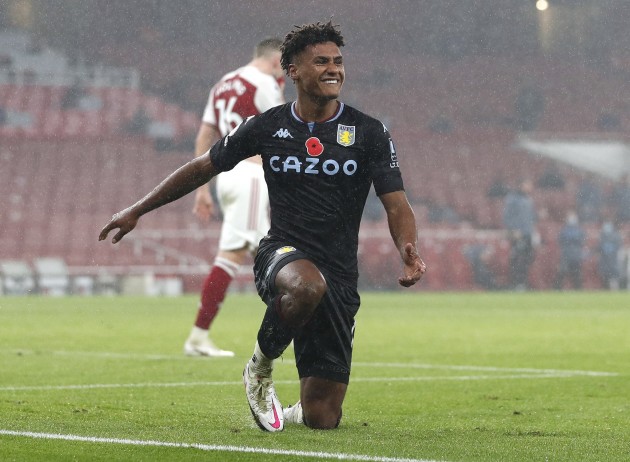 It was a quiet return to Arsenal for goalkeeper Emiliano Martinez, who left for Villa Park in the summer transfer window, as Pierre-Emerick Aubameyang endured another frustrating 90 minutes.

The result takes Aston Villa up to sixth in the table, three points off the lead and with a game in hand on all five sides above them. Arsenal dropped to 11th place a week after winning at Manchester United.

Villa thought they had opened the scoring with just 48 seconds on the clock as John McGinn brilliantly lashed home from inside the box.

The goal was eventually ruled out, however, after a lengthy VAR check deemed Ross Barkley had been stood offside and blocked goalkeeper Bernd Leno's view of the strike.

Arsenal were struggling to keep things tight at the back and Villa took the lead after Jack Grealish and Barkley combined to free Matt Targett, whose low cross was turned into his own net at the back post by Saka.

Mikel Arteta's hosts continued to toil, unable to test Martinez before the interval as Alexandre Lacazette headed Kieran Tierney's cross over the bar from seven yards out.

Arsenal's task was made harder when they had to take Thomas Partey off at halftime with a thigh injury.

Villa killed off the game in a scintillating three-minute spell.

Douglas Luiz's fine pass picked out Barkley, whose cross was headed in by Watkins from close range in the 72nd minute.

It could have been worse for the hosts had Dani Ceballos not been in the right place to clear Grealish's strike off the line.

But it would prove only a short respite as Watkins finished coolly past Leno after more good work from Grealish.