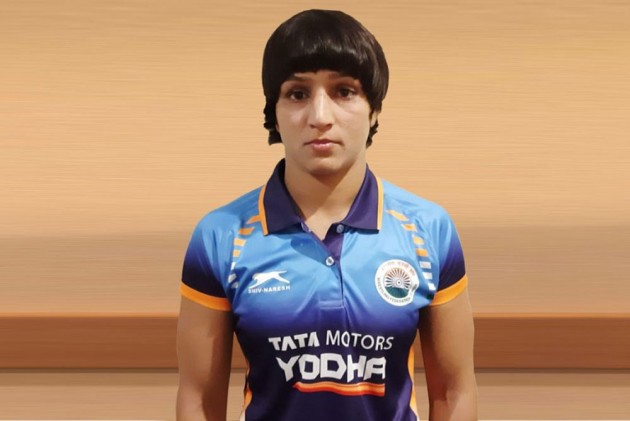 Pinki edged out Bolormaa 2-1 in the summit clash at the KD Jadhav Indoor stadium to become the third Indian woman to win gold in the history of the tournament.

She had defeated Uzbekistan's Shokida Akhmedova by fall in the opening round before losing the next bout against Japan's Kana Higashikawa. However, Pinki won her semifinal bout against Marina Zuyeva 6-0.

Earlier, Divya Kakran became the second Indian woman to win a gold at the Asian Wrestling Championships after a dominant show in which she won all her bouts by fall, including against junior world champion Naruha Matsuyuki.

Navjot Kaur became the first Indian woman to win a gold medal at the Asian Championships when she triumphed in 2018 in Bishkek, Kyrgyzstan, in 65kg.