Home  »  Website  »  Sports  »  People See Me As The Emergency Signing But I Deserve To Be At Barcelona: Martin Braithwaite

For some, Barcelona buying Martin Braithwaite was a result of opportunism, through the use of an obscure La Liga rule, and caused by bad planning, after a chaotic transfer window left the squad short 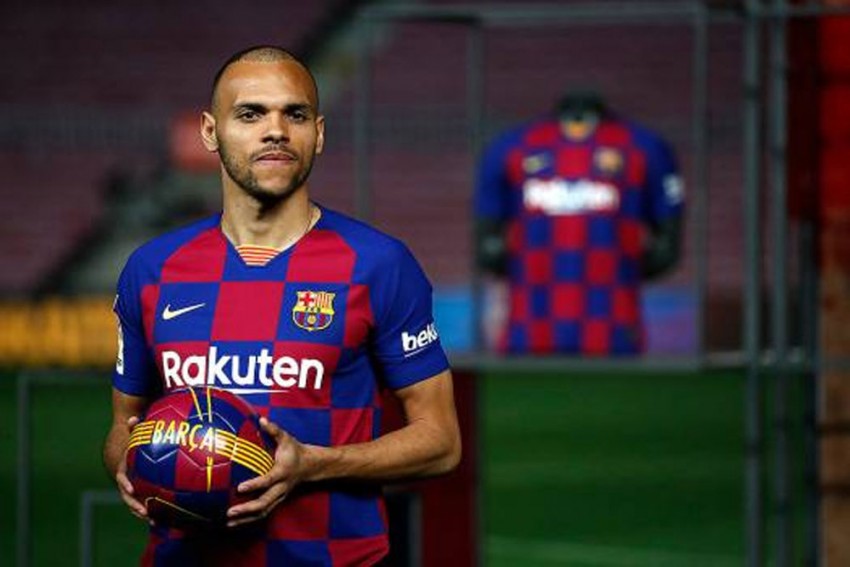 FILE- Danish midfielder Martin Braithwaite poses for media during his official presentation after signing for FC Barcelona in Barcelona, Spain.
File Photo
Agencies 2020-04-30T12:14:21+05:30 People See Me As The Emergency Signing But I Deserve To Be At Barcelona: Martin Braithwaite 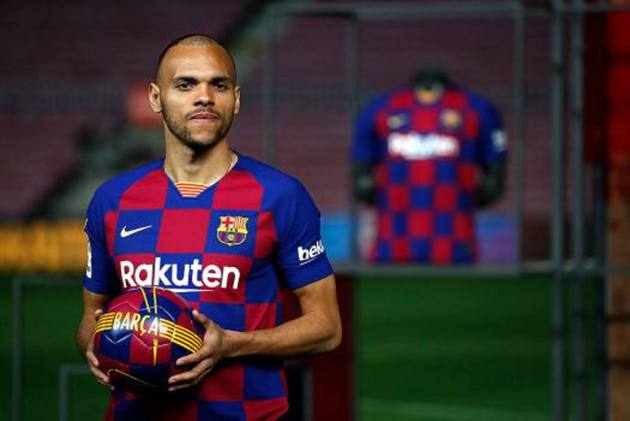 Martin Braithwaite was Barcelona's emergency signing in February, a quick-fix to replace the injured Ousmane Dembele, but for him the move goes back 10 years to a broken leg and a notebook. (More Football News)

In his first meeting with the club's president Josep Maria Bartomeu and technical secretary Eric Abidal, Braithwaite was told one of the main reasons Barca were buying him was his mentality.

"I felt like they really knew me," Braithwaite says in an interview with AFP.

"They knew how strong I am mentally and they said that was one of the things that made them go for me. They thought I was up for the test."

The toughness they saw owes much to when Braithwaite was 18 and playing for Esbjerg FB in Denmark. A broken leg prompted him to transform his attitude and start writing objectives down in a notebook.

"I took it for granted." A year later, Braithwaite was in a hotel after joining Toulouse when he took out his notebook again.

"I came to a page of some objectives, maybe three or four years earlier, and I saw I had written Toulouse," Braithwaite says. "When I saw that, I thought, 'Wow, the power of the mind is really strong'.

Braithwaite draws upon his childhood too, when a hip condition called Legg-Calve-Perthes left him in a wheelchair between the age of five and seven.

"I remember I felt sad. I felt embarrassed," he says. "I was just a kid who wanted to play. I remember the look people would give me, like I was different.

"Of course, I came through that and look where I am today but at the same time it makes me humble and grateful for the things I have."

For some, Barcelona buying Braithwaite was a result of opportunism, through the use of an obscure La Liga rule, and caused by bad planning, after a chaotic transfer window left the squad short.

But Braithwaite sees it as hard work paying off. Even during lockdown, he adds extra training to the club programme and watches videos of his teammates, learning where they move, run and pass, to speed up his adaptation.

"People see me as the emergency signing because that was how I got here," he says. "What people don't know is that for so many years I've put in my mind that I want to be here. It's not a coincidence.

"I'm at Barca, I signed for four years and I see my future here."

But his departure from Leganes left a bitter taste, even if few blamed Braithwaite for completing a dream move, not even Leganes, who were "fantastic, they understood".

'Maybe the rule should be changed'

The rule that allowed Barcelona to sign a player outside the transfer window due to injuries meant Leganes, in the relegation zone, were unable to replace their top scorer, who joined the league leaders.

"Yeah, maybe the rule should be changed," Braithwaite said. "I understand because Leganes lost one of their main players, they can't get a replacement and they are in a difficult situation. I completely understand that."

Braithwaite played three games for his new team before the coronavirus caused La Liga to be suspended and he impressed, his willingness to run in behind and strike combinations with Lionel Messi quickly earning the praise of Barcelona fans.

"It's not difficult when you play with Messi. You just have to run and the ball is at your feet," he says.

But off the pitch, Barca have been consumed by political controversies, which have continued even as the games have stopped. Last month, the players' distrust of the board resurfaced around negotiations over wage cuts.

"Honestly inside the club there is a really good atmosphere," Braithwaite says. "We're not focusing on what is happening on the outside, we just want to play."

The season restarting is complex too, with La Liga's current plan to reintroduce training gradually before resuming games in June behind closed doors, which could last until next year.

"It's out of my control," says Braithwaite. "If the people in charge feel there is no risk in going back, I trust them. This is bigger than football right now, it's about people's health. We have to move cautiously."

Braithwaite's dedication means he has a better chance than most of hitting the ground running. But even he admits playing for Barcelona has occasionally caused his ice-cool demeanour to slip.

"When I'm playing and training, I'm doing what I always do," he says.

"But sometimes at the start I would catch myself in the mirror at the training ground. I would see the badge on my shirt and I would think, 'Damn, I'm really here'."