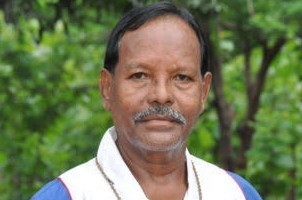 He was 73, and is survived by his wife, a son and two daughters.

"Michael Kindo passed away at the Ispat General Hospital due to age related problems. He was bed-ridden for quite some time and was also suffering from depression," a family source told PTI.

"His last rites will be completed tomorrow as his daughters are reaching only then."

Kindo was bestowed with the Arjuna Award in 1972.

Kindo, a full back in his playing days, was a member of the team that won the lone World Cup for India in 1975 in Kuala Lumpur, beating arch rivals Pakistan in the final.

He was also in the team that won a bronze medal in the 1972 Olympics in Munich. He scored three goals in that edition of the Games.

"We are deeply saddened by the demise of our former hockey player and 1975 World Cup winner, Michael Kindo. We send out our heartfelt condolences to his family," the HI said in a tweet.

"Deeply saddened to know the passing away of hockey legend and Arjuna Awardee #MichaelKindo, a tribal icon and part of India's World Cup winning team of 1975. My thoughts are with his family and fans," Patnaik said in his official Twitter handle.

"Hockey legend Michael Kindo will be remembered for his memorable sporting performances. He brought home lots of pride and laurels. Undoubtedly a brilliant hockey player, he also made a mark as a great mentor," he tweeted.

"Michael Kindo was one of the best defenders in the world in terms of tackling the forwards. At a time when defenders in hockey were mostly from Punjab who were well built and stocky, he excelled with his exceptional reflexes," Negi said.

Negi further added that it was difficult to dodge Kindo. "He had this unique style of taking away the ball from the attacking players like how one takes out easily a house fly from the milk with a spoon. We lost a great hockey legend who spent all his life for the promotion of the game which gave him so much of name and fame unlike many who never went to the ground after giving up playing the game.  We will miss him always.. May his soul rest in peace," Negi added.