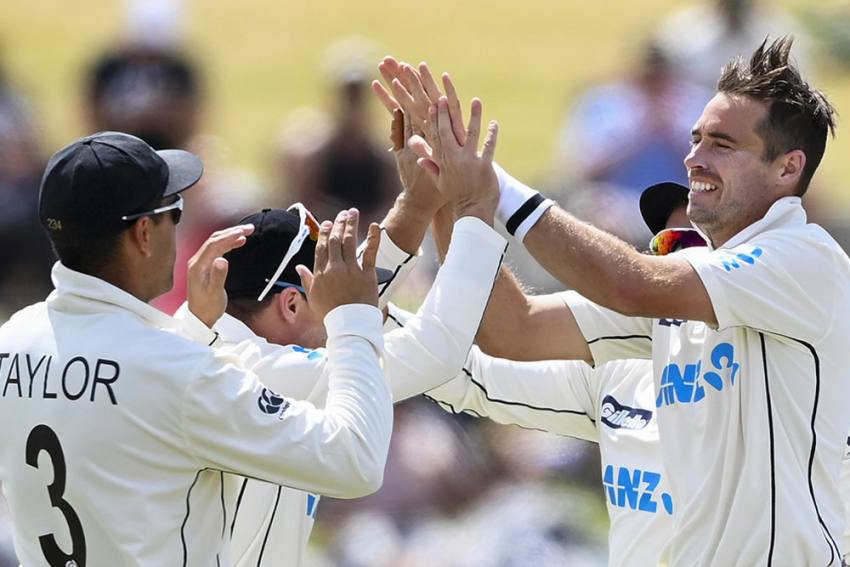 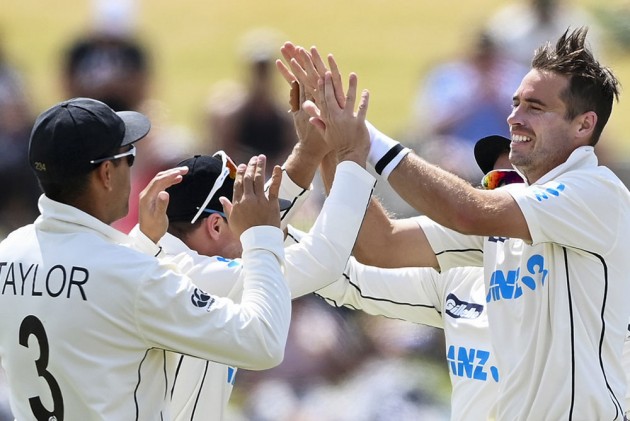 New Zealand closed in on victory in the first Test against Pakistan after a dominant day four in Mount Maunganui. (More Cricket News)

The Black Caps set Pakistan 373 for victory at Bay Oval on Tuesday before reducing the tourists to 71-3 in their chase as Tim Southee took his 300th Test wicket.

After losing openers Shan Masood and Abid Ali for ducks, Pakistan rallied and Azhar Ali (34) and Fawad Alam (21) were unbeaten at stumps, needing another 302 runs for an unlikely victory.

Trent Boult (1-24) removed Abid, who was caught by BJ Watling following a short ball, before Masood went in the following over, edging Southee (2-15) to Ross Taylor at first slip.

Pakistan were yet to score at that stage, and Southee had Haris Sohail (9) caught by Mitchell Santner.

But New Zealand were left to get seven wickets on day five after Azhar and Fawad put on an unbroken 34-run stand.

Earlier, the Black Caps found the quick runs they were after thanks mostly to openers Tom Blundell (64) and Tom Latham (53).

Blundell and Latham put on 111 for the opening wicket, New Zealand getting to 180-5 before declaring.

Naseem Shah finished with 3-55 for Pakistan.