East Bengal are seventh in the I-League standings while Mohun Bagan have more than double the points of their arch-rivals. Alejandro Menendez was under pressure to perform

East Bengal's I-League worries have only worsened. If the defeat against Mohun Bagan on Sunday was not enough, East Bengal's Spanish coach Alejandro Menendez resigned on Tuesday after his requests for more quality foreigners was shot down by the club management. (More Football News)

East Bengal (eight points after seven matches) are lying seventh in the 11-team I-League championship while Mohun Bagan are leading the table with 17 points from eight games. Pressure mounted on Alejandro after the Mohun Bagan defeat.

Well-placed club sources said Alejandro's requests for better foreigners have been repeatedly shot down by the club management. "It's a frustrating scenario for anyone and a loss against Mohun Bagan can be the final nail in the coffin," a club official said. 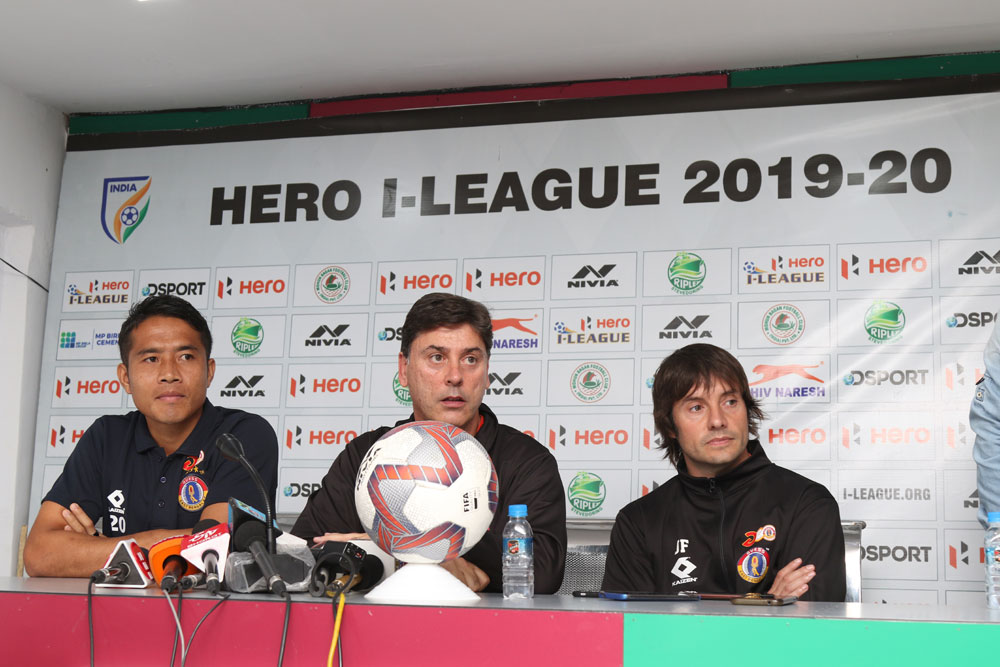 East Bengal's tryst with coaches have been horrific in recent times. Alejandro lasted about 18 months, several others like former national and Dempo coach Armando Colaco or Khalid Jamil or Biswajit Bhattacharya had shorter stints in a very demanding scenario. Englishman Trevor Morgan was the last to have a considerable period  -- a three-year-long tenure (2010-13).

Much of East Bengal's problems stem from poor management. At a time when Mohun Bagan are trying to sort out their financial crisis with a tactical merger with Indian Super League (ISL) franchise ATK, owned by RPG Group, East Bengal are severing their relationship with their current sponsors, Quess.

Quess are making a pre-mature exit in May and in the club's centenary year, the relationship between the sponsors and couple of officials, associated with East Bengal for long, has gone from bad to worse.

East Bengal's I-League budget is around Rs 10 crore per year. With Quess in exit mode and club officials uncertain about their future, Alejandro found himself in a quagmire.

Both Mohun Bagan and East Bengal will feature in the ISL from next season. ISL, controversially pitchforked as India's No. 1 league ahead of the I-League, will demand a certain degree of professionalism in terms of administration. Given East Bengal's current state of affairs, the club's management has some serious thinking to do.