Neymar Is A Clown – Carlos Zambrano Hits Out At Brazil Superstar 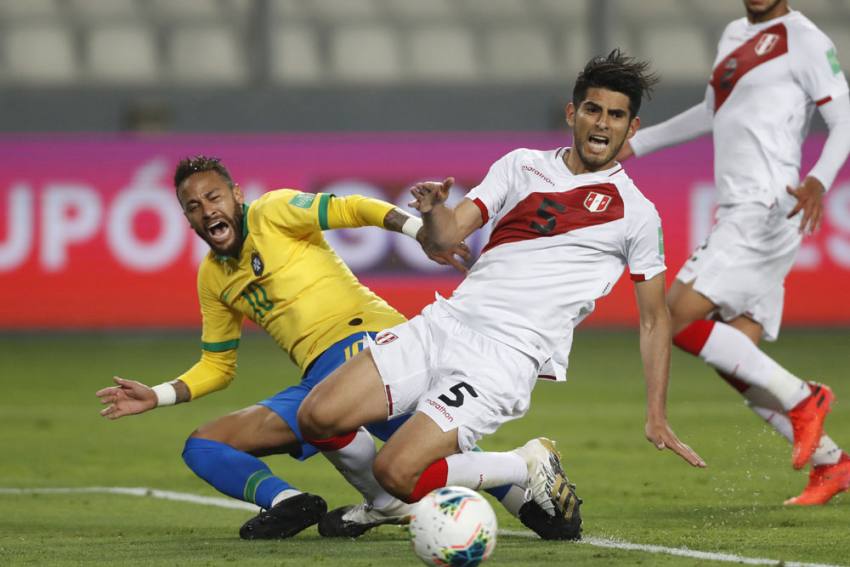 Brazil's Neymar, left, and Peru's Carlos Zambrano fight for the ball during a qualifying match for the FIFA World Cup Qatar 2022
Paolo Aguilar, Pool via AP
Omnisport 2020-10-16T16:04:56+05:30 Neymar Is A Clown – Carlos Zambrano Hits Out At Brazil Superstar 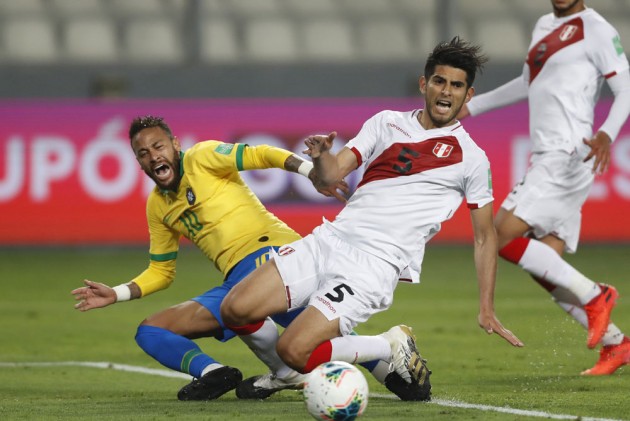 Neymar scored a hat-trick as Brazil twice came from behind to beat Peru 4-2 in CONMEBOL World Cup qualifying on Tuesday.

In a repeat of last year's Copa America final, Neymar earned two penalties and converted both as he leapfrogged Ronaldo for the second most goals in Brazil's history.

Zambrano was sent off in the final minute of regulation, after substitute team-mate Carlos Caceda saw red three minutes earlier in Lima.

While acknowledging Neymar's quality and status within football, Zambrano – who plays for Boca Juniors – hit out at the former Barcelona forward.

"Honestly, he is a great player, one of the best in the world, but for me he is a real clown," Zambrano told American Television program 'La banda del Chino'.

"[Neymar] is aware of everything he did on the field, he is a great player but he was looking for the slightest foul.

"In the penalty area he threw himself four or five times to see if they would award him a penalty and in the end he achieved his goal, with two penalties, but they weren't."

Zambrano added: "It's Brazil and at the touch [immediately] they went to look at the VAR. Whether the play was positive or negative, they did review the images because it is Brazil."

With 64 international goals, Neymar moved past Ronaldo (62), only adrift of Pele (77) for Brazil's all-time record at the age of 28.

Neymar's treble performance against Peru was also the fourth occasion he has scored three or more goals for his country in a game, but the first time in a competitive fixture.

Everton Vs Liverpool: How Should We Expect Jurgen Klopp's Wounded Stars To Respond At Goodison?