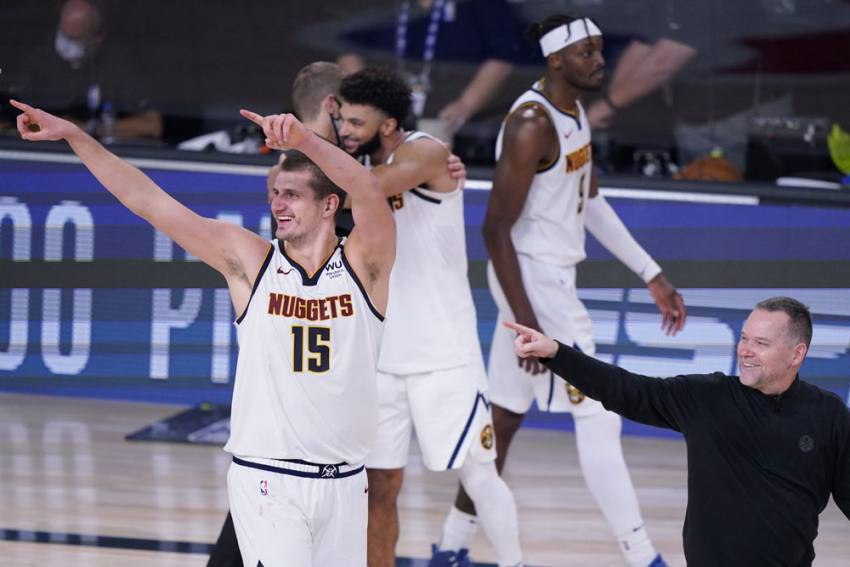 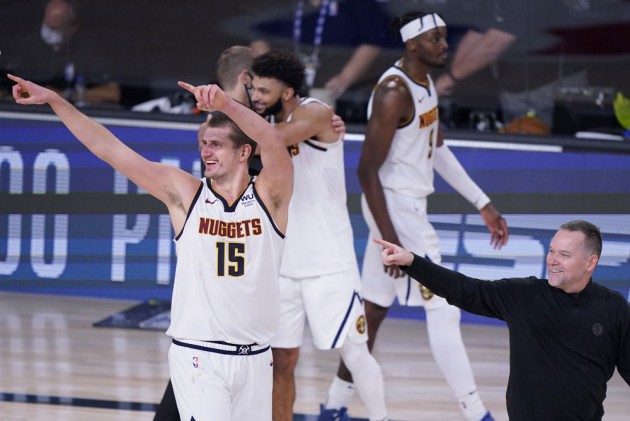 The Denver Nuggets made history by completing another stunning comeback as they reached the Western Conference finals after blitzing the Los Angeles Clippers in their NBA series decider. (More Sports News)

Denver won Game 7 of the Western Conference semi-finals 104-89 on Tuesday to set up a blockbuster playoff showdown against top seeds the Los Angeles Lakers.

The Nuggets overpowered the shocked Clippers as they became the first team in NBA history to overcome a 3-1 deficit to win a series twice in the same postseason, having rallied past the Utah Jazz.

Trailing 56-54 at half-time, the Nuggets outscored Kawhi Leonard's Clippers 50-33 in the second half in Orlando, Florida, where Denver will contest their first Conference final since losing to the Lakers in 2008-09.

THIS ANGLE @Bam1of1 with the GAME-SAVING BLOCK for the @MiamiHEAT! #PhantomCam

Meanwhile, the Miami Heat dramatically prevailed 117-114 after overtime against the Boston Celtics in the opening game of their Eastern Conference final.

Jimmy Butler's three-pointer put the Heat ahead with 12 seconds remaining and Heat team-mate Bam Adebayo made an incredible block on Jayson Tatum to deny the Celtics star a game-tying dunk at the death.

Just like they did in the first round of the playoffs, Nikola Jokic and Jamal Murray led Denver's comeback. The duo completed the fightback against the Clippers, with Murray posting a game-high 40 points. Jokic became the first player in NBA playoff history to record a 20-plus rebound triple-double. Prior to Jokic, no player had put up a triple-double through three quarters of a Game 7 over the last 25 years. He finished with 16 points, 22 rebounds and 13 assists.

Nikola Jokic tonight became the first player in NBA playoff history to record a 20+ rebound triple-double in a Game 7.

Entering tonight, no player had recorded a triple-double through three quarters of a Game 7 over the last 25 years. pic.twitter.com/uzMFnfB6LK

The Heat flexed their muscles with a team performance at Walt Disney World Resort. Starters Goran Dragic (29), Jae Crowder (22), Butler and Adebayo (18) all reached double-digit points. Tatum had 30 points and 14 rebounds but it was not enough for the Celtics, while Marcus Smart scored 26 of his own.

Poised to meet the Lakers in an all-Los Angeles Conference final, the Clippers capitulated against the Nuggets. Their woes were amplified on Tuesday. Two-time NBA champion Leonard was just six of 22 from the field for 14 points. He was only two of seven from three-point range. All-Star team-mate Paul George had 10 points on four-of-16 shooting from the field, while he made just two of his 11 attempts from beyond the arc. As a team, the Clippers were just 37.8 per cent from the field and 25.7 per cent from three-point territory.

There will be no playoff action until the Heat and Celtics go head-to-head in Game 2 on Thursday.

Aubameyang Signs New Arsenal Deal: The Numbers That Show His Value To The Gunners