Last year, Ranjit Bajaj had sold the 50 per cent stake of Minerva Punjab FC to RoundGlass which led to the club being named Punjab FC in the current I-League season which has been suspended due to the COVID-19 pandemic 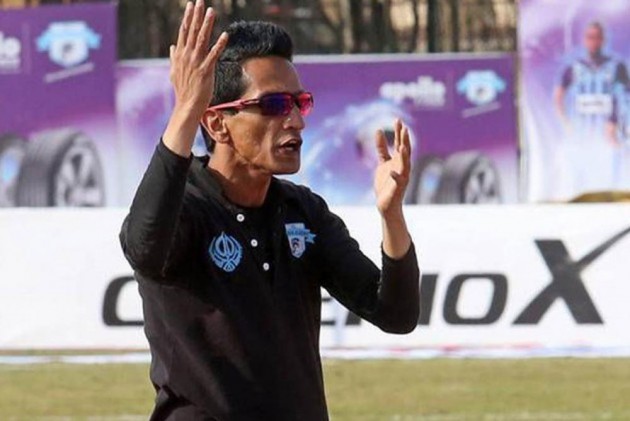 Ranjit Bajaj, who has had several run-ins with the country's football authorities, has left Punjab FC after resigning as one of the directors of the I-League club. (More Football News)

Bajaj, whose club Minerva Punjab FC surprised Indian football fraternity by winning I-League title in 2017-18, sold his family's remaining 50 per cent stake to the Mohali-based RoundGlass Sports Private Limited which is now the sole owner of the club. RoundGlass is a lifestyle and well-being firm.

A letter from my heart to all fans of Indian Football & others who are concerned or confused about my decision to move on from Punjab FC. Hope you guys will support me in this move, Love RBð¥°ðð½ð®ð³@ILeagueOfficial #MinervaAcademyFC @IndianFootball #IndianFootball @minervapunjabfc pic.twitter.com/VzL2ua4y6X

Last year, Bajaj had sold the 50 per cent stake of Minerva Punjab FC to RoundGlass which led to the club being named Punjab FC in the current I-League season which has been suspended due to the COVID-19 pandemic.

Bajaj said he will now focus on the grassroot and youth development at his Minerva Academy and come back with a team to the top structure of the Indian football after a few years.

"I have come to the realisation that instead of spending my time and resources on a commercial venture of an I-League club, I may serve Indian football and the nation as a whole much better if I focus on youth development and grassroots, at least for a while," Bajaj said in a statement.

"I am not going anywhere and neither is #TheFactory Minerva Academy, I can never abandon Indian football," he added.

He said he will scout young players from all over the country and train them in his academy for the future.

"I have long been an advocate for youth development and my World Cup 2034 mission is no secret. Minerva has started scouting kids from all over the country to induct batches of U-9 age groups already. We plan to train these kids together from a young age so that they grow into a formidable unit for the country," the maverick former owner said.

"We started from the bottom and made it to the top ... so now it is time to start from the scratch again."

Last year, Bajaj was reprimanded by the All Indian Football Federation's Ethic's Committee for his constant criticism of the national governing body and its partners in social media.

He took an indirect dig at the football authorities yet again.

"I have understood that owning an I-League club in the current scenario of Indian football where there is no promotion-relegation and cash is the king does not serve any purpose. The real work is to be done in the grassroot if we have to take the nation anywhere," Bajaj said.

"I don't see any point investing at the top when there is a glass ceiling overhead and money over merit is the mantra. Promotion-relegation has been promised to be implemented in the next three years, so we will be developing our own youth and infrastructure during this time," Bajaj said.

The Asian Football Confederation and AIFF have given the Indian Super League the top tier status in the country. They have promised to make the ISL open to promotion and relegation from 2024 onwards.

Bajaj said he has left Punjab FC in safe hands to carry the torch forward for Punjab.

"I have no doubt that Roundglass Sports will do a splendid job going forward with their world class coaches and infrastructure. In fact, I am happy that my boys will be getting the best of facilities and expertise to take them to new heights."