Belarus is the last country in Europe still hosting professional sports in front of spectators amid the coronavirus pandemic, but attendances are shrinking as fans decide the stadium is too risky 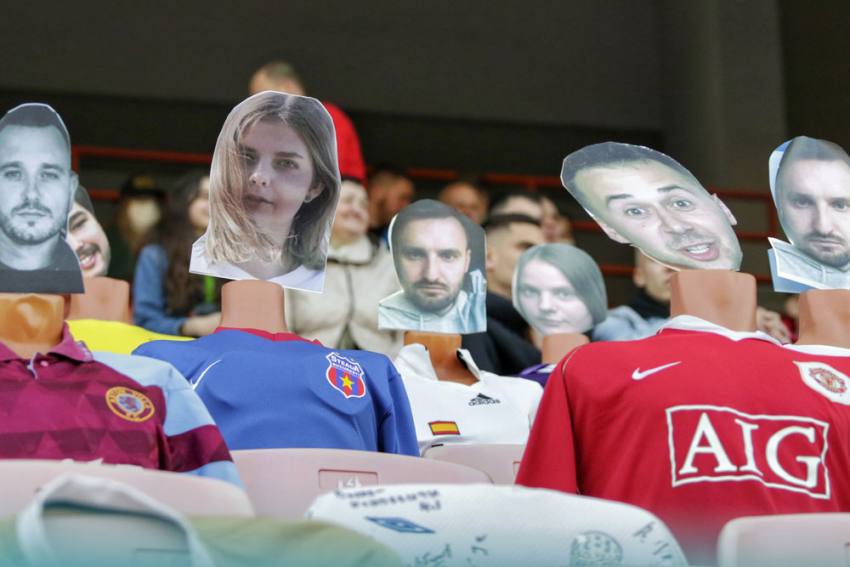 In this photo taken on Wednesday, April 8, 2020, mannequins in soccer uniforms with the faces of "virtual fans" who bought tickets online are seen on grandstand seats during the match between FC Dynamo Brest and FC Shakhter Soligorsk in Brest, Belarus. Belarus is the last country in Europe still hosting pro sports in front of spectators amid the coronavirus pandemic, but attendances are shrinking as fans decide the stadium is too risky.
Alexey Komelkov, FC Dynamo Brest via AP
Agencies April 10, 2020 00:00 IST Mannequins Replace Fans As Belarusian League Continues Amid Coronavirus Pandemic 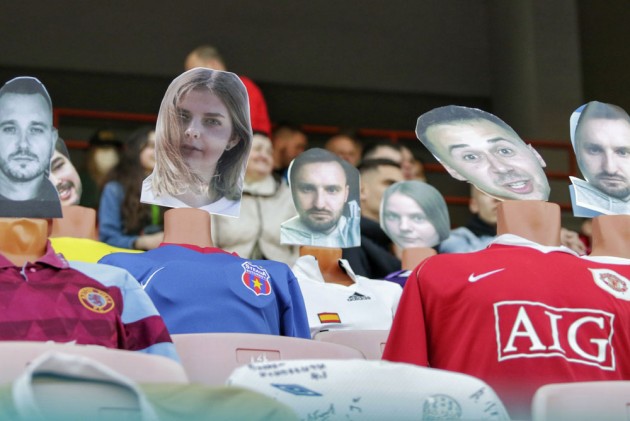 They don't chant, they don't move, and they mostly wear the wrong colours.

They're not even real.

Defending Belarusian league champion Dynamo Brest has started boosting its home crowds with mannequins in soccer shirts and adorned with the faces of “virtual fans” who bought tickets online.

Belarus is the last country in Europe still hosting professional sports in front of spectators amid the coronavirus pandemic, but attendances are shrinking as fans decide the stadium is too risky.

Fan boycotts have been announced at 10 of the 16 clubs in the top division. That includes Dynamo Brest and Champions League regular BATE Borisov.

As the real fans stay away, the mannequins have arrived.

For Wednesday's Belarusian Cup semifinal match against Shakhtyor Soligorsk, at least 30 of the mannequins were placed on seats in the stands, each topped with a cut-out photo.

They wore a motley array of old shirts ranging from a purple 2016-17 Real Madrid away jersey to early 1990s Aston Villa in claret and blue. Other shirts were stretched over nearby seats.

With few games to watch elsewhere, some foreign fans have started watching games from Belarus instead. Dynamo Brest general secretary Vladimir Machulsky wants them to feel at home.

“It's our creative idea. In this way, a virtual spectator who is following the match broadcast on television can see himself in the stands,” Machulsky told The Associated Press.

“We're not trying to imitate a full stand.We understand the fans who have refused to come to the games. We decided to take a creative approach to the situation.”

The “virtual tickets” seem to be a profitable sideline for Dynamo Brest. They are on sale for a league game Sunday for 67 Belarusian rubles ($26.90), more than five times the cost of the most expensive normal ticket sold online. Some cost as little as 1.75 rubles (70 cents).

The club said 12 “virtual” tickets were sold for Wednesday's first leg in the cup, which Dynamo Brest won 2-0. Buyers came from six countries, including the United States and Canada.

Keeping sports arenas open has been part of Belarusian President Alexander Lukashenko's unconventional approach to the coronavirus. He has said there is no need to close workplaces and public events, and even played in an amateur hockey game in front of fans on March 28.

Despite those assurances, attendances in the Belarusian soccer league have plummeted in a matter of weeks. Dynamo Brest hosted a game with a crowd of more then 5,000 last month but less than 1,000 attended Wednesday's match.