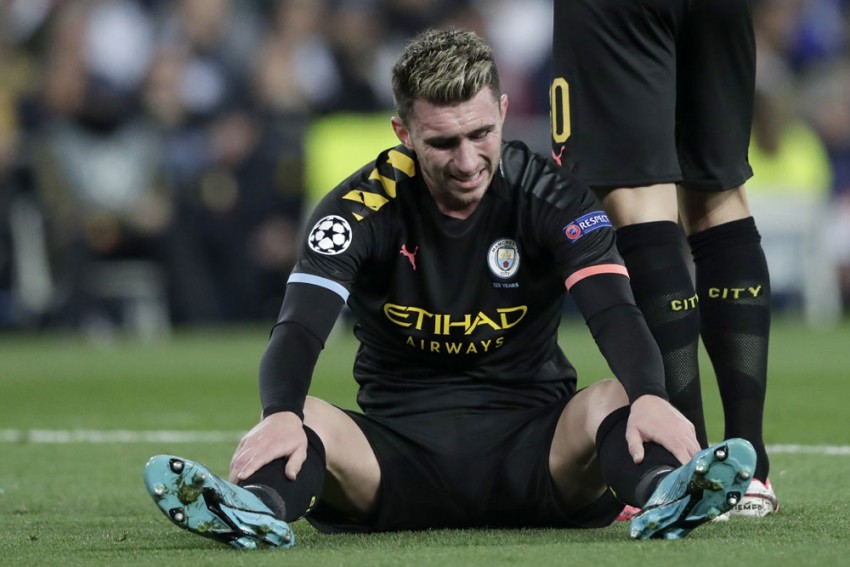 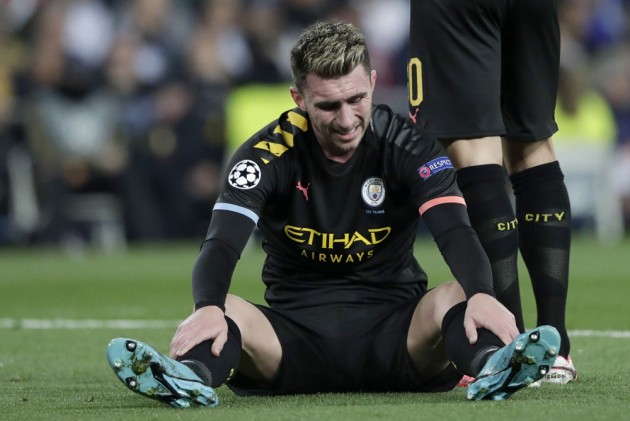 Aymeric Laporte is set to be out for three or four weeks with a hamstring strain, meaning he will miss the Champions League last-16 second leg against Real Madrid. (More Football News)

French defender Laporte had to be replaced by Fernandinho 33 minutes into Wednesday's contest at the Santiago Bernabeu after appearing to suffer the injury in a collision with Karim Benzema.

City went on to win the match 2-1 and give themselves a significant advantage ahead of the second leg in Manchester on March 17, but Laporte is unlikely to be available for that clash.

Speaking at a news conference on Friday ahead of Sunday's EFL Cup final against Aston Villa, Guardiola said: "[It's a] hamstring injury, so prognosis will be normally three weeks, one month, more or less.

"We tried to avoid it but unfortunately, it's happened. After four or five months, to go directly into demanding games, sometimes it happens."

Sad to leave the team a bit early but most important is the result tonight !!
Proud of the boys #CitySpirit pic.twitter.com/z0p05e1tVW

It is another blow for the injury-plagued Laporte, who has already missed a chunk of the season.

The former Athletic Bilbao centre-back was sidelined with a serious knee injury in August and only made his return on January 21 against Sheffield United.

"It's tough but we have to overcome this situation. Life is not easy. Always in this world the people who survive are those who overcome the bad moments," added Guardiola.

"It is what it is. If you think 'I am an unlucky guy', you will not improve. Accept it, work harder to come back in the best condition possible."

Laporte is a key member of the City side and is widely regarded as comfortably their most consistent centre-back having played 35 times as they won the Premier League title last season.

On top of the EFL Cup final and the visit of Madrid, Laporte is expected to miss the Manchester derby and the trip to Chelsea, which are scheduled either side of the Champions League contest.

An FA Cup clash with Sheffield Wednesday and Premier League meeting with Burnley should also come too soon for Laporte, though he could be in contention again by the time Liverpool visit the Etihad Stadium on April 5.

SL Vs ENG: Mark Wood Ruled Out Of England's Tour Of Sri Lanka