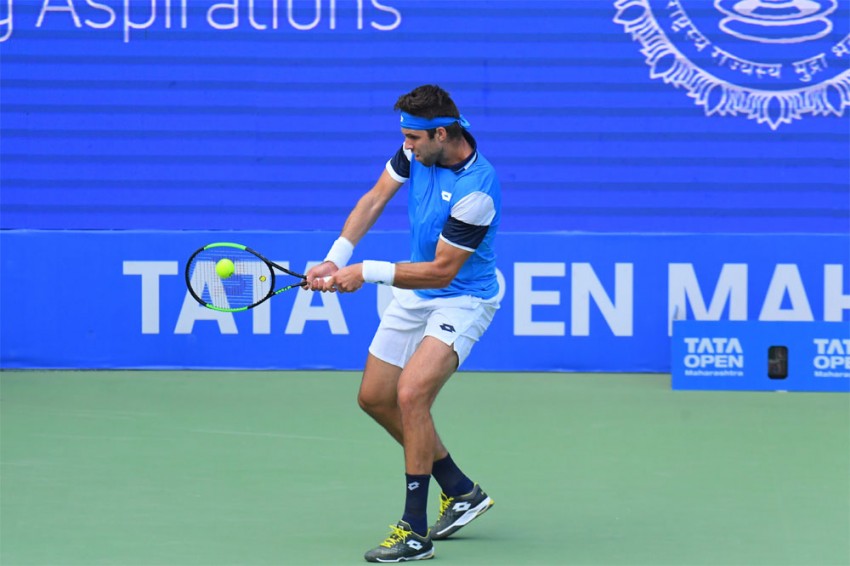 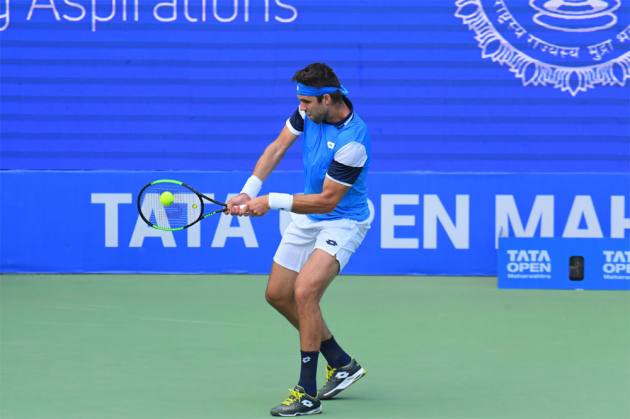 Czech star Jiri Vesely produced a dominating show to clinch his first ATP Tour title in five years with a 7-6 (7-2), 5-7, 6-3 win over Belarusian Egor Gerasimov in the singles final at the third edition of Tata Open Maharashtra at Mhalunge Balewadi Stadium in Pune on Sunday. Velsely had won his last ATP Tour title in 2015 in Auckland. (More Tennis News)

The opening set of singles final saw Vesely facing tough challenge from Gerasimov before winning it 7-2 in the decider. However, eighth seeded Gerasimov, who became the third Belarusian player to enter ATP Tour singles final following victory over James Duckworth in the last-4 clash here, made a comeback in the second set to take the summit clash into the third set.

Making a comeback after a setback, the former World No. 35 Vesely scored three back-to-back points to start the decider with some exquisite hard-hitting strokes that left Gerasimov clueless before wrapping up the match to win first title in five years. "I am very happy to come back in India and winning the tile. I thank the suporter. It's been amazing support from the crowd here. I will look to continue the momentum in future tournament," Vesely said after the match.

Earlier in the doubles final, Rungkat-Goransson pair, making first appearance at the South Asia’s only ATP Tour tournament which is organised by the Maharashtra State Lawn Tennis Association (MSLTA) in association with the Government of Maharashtra, maintained their dominance that saw them dropping only two sets during their campaign in Pune.

After winning the first set, Rungkat-Goransson had to work hard as the former Australian Open champion Erlich won the second set and also presented strong challenge in the decider along with partner Vasilevski. However, playing fifth tournament together, Rungkat-Goransson made timely comeback into the tie-breaker to complete impressive win. “We were happy winning our first title, you could see at the end of the match I couldn’t believe it but it happened. We had very tight first round match after that we played really well,” Goransson said during a post-match press conference.

When asked about team coordination, Rungkat added: “In October last year I asked Andre through social media about partnership. I asked him whether he’s keen to play tournaments in Asia at the end of the year in China and Japan. He was excited to come here. We started good coordination from there.”

James Anderson On England Future: I Genuinely Don't know If I've Peaked Yet