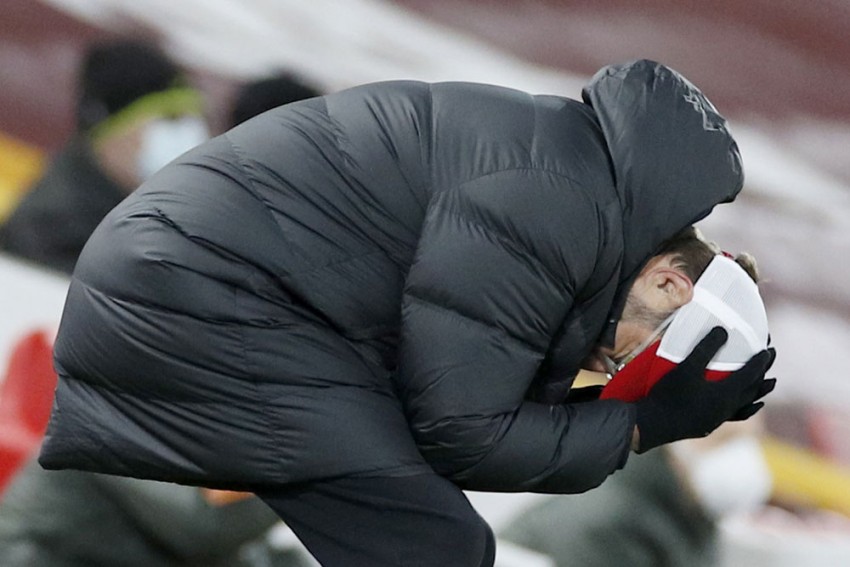 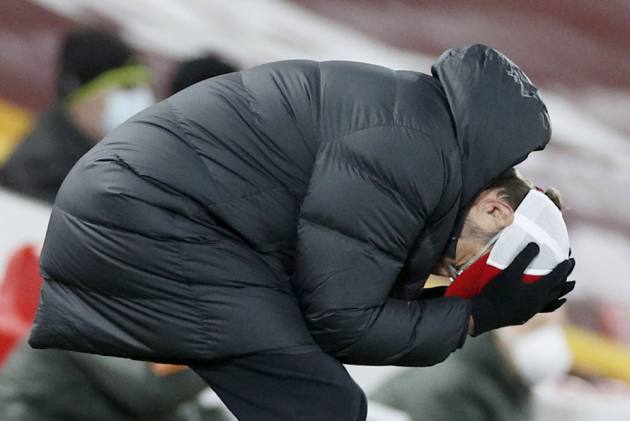 Jurgen Klopp says there is no easy explanation for Liverpool's goal drought after they fired another blank in Sunday's goalless draw with title rivals Manchester United. (More Football News)

The champions have failed to score in their last three Premier League matches - their longest such run since another three-game spell in March 2005.

Since scoring from half of their 14 attempts against Crystal Palace on December 19, Liverpool have found the net just once from their last 62 shots - 17 of those efforts against United.

Liverpool have picked up only three points from the 12 on offer since that Palace rout and Klopp admits to being annoyed by his side's lack of creativity and end product.

"There is no easy explanation for it," he told Sky Sports. "You always miss chances. You have to keep going and try to ignore the talk around it.

"Everyone wants to see goals. You cannot force it. It's football. These moments happen. You have moments where you can't explain why you score from all angles.

3 – Liverpool have failed to score in three straight @premierleague games for the first time since March 2005, whilst they are only the third different reigning PL champion to do so after Arsenal in 1998-99 & Leicester in 2016-17. Defused. #LIVMNU pic.twitter.com/xgtAZAcCrz

"Against Crystal Palace everything ended up in the net. It's a bit annoying in between these moments.

Liverpool tested David de Gea three times in a top-of-the-table showdown that failed to live up to its billing, while Alisson made two crucial saves in the second half.

The Reds remain three points behind leaders United, who became the first side to stop Liverpool from scoring at Anfield in the league since Manchester City in October 2018.

"If we won 1-0 I'd think it was completely fine," Klopp said. "You can't deny Manchester United chances for 90 minutes. You never could. They're in a good moment.

"With all the things said before the game - they're flying and we're struggling - my boys played a good game tonight.

"First half the counter-press was great, passing was good. But we didn't score. That's the most important thing in football.

"The second half was a bit more open. They had two big chances - Alisson made two good saves."

Liverpool return to action on Thursday with a home match against Burnley and travel to fellow title contenders Tottenham after another showdown with United in the fourth round of the FA Cup next weekend.

Klopp's men are 18 points worse off than at the same stage last season but the German is not concerned about his side's drop off in form.

"We're not doing anything fundamentally different, it's just the results," he said during his post-match news conference.

"We play Burnley now and they are not famous for conceding. So it's not that now we decide to score again. I will help the boys.

"It is always clear, even when we came second, the day I thought about the title race was the day we qualified for top four. It makes this season a tough race for everyone.

"I cannot decide how the people look at it. I know they are not always the most patient species. Fans want to win each game. I am not too different.

"It's not the most difficult situation of my life. We've had injuries but got used to them. Thiago was great on his second start.

"There is still space for improvement. For me it is not important where we are at the moment. Important we have points and are around.

"It's important we now fight. It's not if we don't become champions it is not fun anymore."

Despite failing to create any golden opportunities, Liverpool skipper Jordan Henderson felt his side were more deserving of the victory at Anfield.

"We're a little bit disappointed we didn't take three points at home," he said. "We did enough to win the game but couldn't find the back of the net.

"They had a couple of chances as well, but overall we were the better team. The problems seem to be in the box at the minute - we've just got to keep working hard and hope it can change quickly.

"The performance level hasn't been up to standard in the last few weeks as we know. It's a strange season for everyone this year. We will not stop now.

"The performance level was there on the pitch, so we can’t be too down. Yes, we want to win, but unfortunately, we couldn't make that happen.

"But there is still a long way to go and a lot of points to play, and we will give everything right until the end."