Liverpool's game against Leeds United began and ended with Mohamed Salah penalties. A whole lot else happened in between 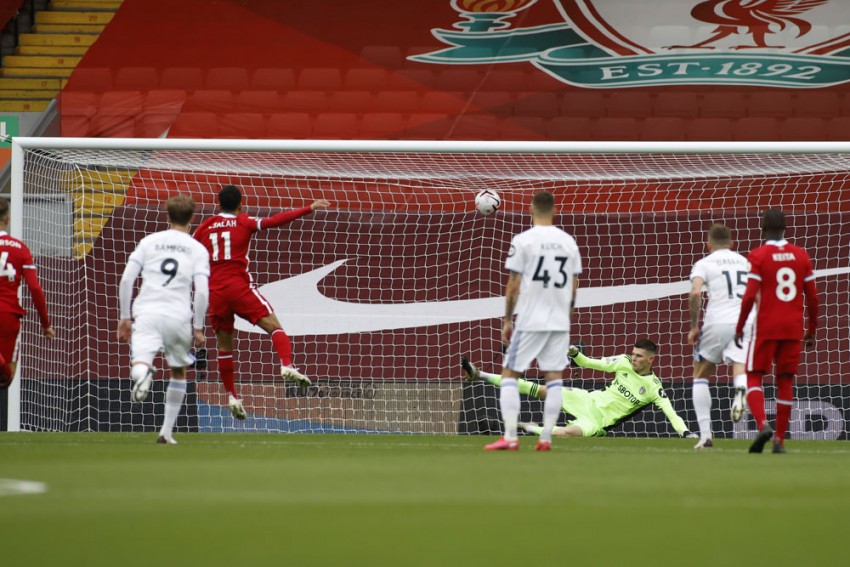 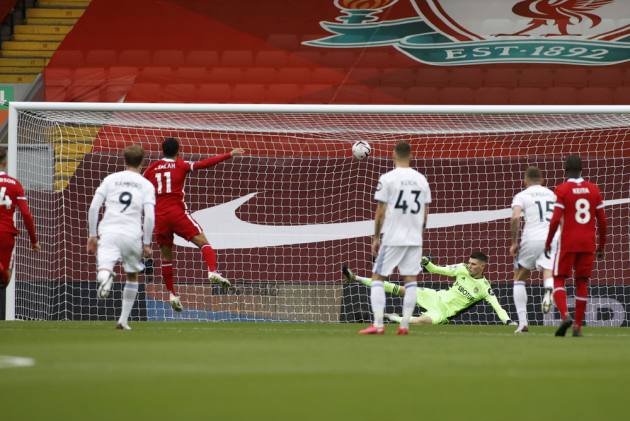 The Premier League and Championship titleholders produced a classic for the ages to launch the 2020-21 top-flight season in England. (More Football News)

Liverpool manager Jurgen Klopp promised Leeds United a ferocious baptism in the Premier League and a procession looked to be on the cards at Anfield when Mohamed Salah scored an early penalty.

But Marcelo Bielsa's team dazzled as they have since the coaching visionary arrived in West Yorkshire, with Jack Harrison, Patrick Bamford and Mateusz Klich all on target.

Each Leeds goal was an equaliser but Salah had the final word when he netted his second penalty of the contest to secure the points in the 88th minute.

Here, we look back at how a trilling encounter unfolded on Merseyside.

35 - Liverpool have now won each of the last 35 @premierleague games in which Mo Salah has scored - he has overtaken Wayne Rooney's competition record of 34 consecutive wins when scoring from September 2008 to February 2011. King. pic.twitter.com/7wkA9Dmywz

3:58 – LIVERPOOL 1-0 LEEDS
The anticipated frenetic start was quickly realised and surpassed, with Liverpool seeking to stamp their authority over ambitious foes. Robin Koch looked unfortunate to be penalised when Salah's shot spun up off the defender's boot and into his arm, but referee Michael Oliver and his video assistant agreed a spot-kick should be given and Salah slammed home his 50th Premier League goal at Anfield in his 63rd appearance. Only Alan Shearer (47) has reached that landmark faster.

11:13 – LIVERPOOL 1-1 LEEDS
Leeds were not cowed and Helder Costa had a goal ruled out for offside before Manchester City loanee Harrison darted in from the left flank, beyond Trent Alexander-Arnold and Joe Gomez, to drill into the bottom left corner. On the week of his England debut, Kalvin Phillips created the goal with a raking pass from his own half – the midfielder's first assist in 19 league games.

1 - Jack Harrison is the first player to score on his Premier League debut for @LUFC since Nick Barmby in August 2002 vs Man City, and the first to do so in an away game since Alan Smith in November 1998 – which was also at Anfield against Liverpool. Arrival. pic.twitter.com/bVnk3RWHuv

19:38 – LIVERPOOL 2-1 LEEDS
Debutant Koch could not blame the officials when he switched off and allowed Van Dijk to head home Andrew Robertson's corner. It was the Dutchman's 10th Premier League goal for Liverpool, with no other centre-back scoring more since his Reds debut in January 2018. Robertson's assist was his 29th since his own Liverpool bow. Only Kevin De Bruyne (38) has more over that period of time.

29:10 – LIVERPOOL 2-2 LEEDS
Joy became despair for Liverpool's defensive lynchpin, with an uncharacteristic misjudgement allowing Bamford to nip in and clip a finish into Alisson's goal. Well, we say uncharacteristic… Van Dijk has now made two errors leading directly to a goal in his past four Premier League games, double the one he made in his first 154 in the competition.

32:14 – LIVERPOOL 3-2 LEEDS
Salah had already equalled Teddy Sheringham's record of scoring on four consecutive Premier League opening days when he put Liverpool ahead for a third time. Robertson's free-kick was partially cleared and the Egypt superstar thundered a magnificent left-footed strike into the top right corner.

1988 - Mohamed Salah is the first @LFC player to score a hat-trick on MD1 of a league season since John Aldridge against Charlton in 1988-89. Magic. pic.twitter.com/pI1YzYcywf

45:00+3 – HALF-TIME
And breathe. This Anfield thriller became only the second game played in the opening weekend of Premier League fixtures to yield five goals before half-time. The other was Manchester United's 5-1 win over Fulham in August 2006, where the Red Devils were 4-1 up at the interval.

65:47 – LIVERPOOL 3-3 LEEDS
Don't let any Liverpool players take your dog for a walk this week. Midway through the second half they let another lead slip from their grasp. Helder Costa found Klich in the Liverpool box, where the midfielder's wonderful first touch was matched by an unerring volley. Poland international Klich has six goal involvements in his past six away games, with three goals and as many assists.

87:28 – LIVERPOOL 3-4 LEEDS
Leeds became the first promoted side to score three goals away to the reigning Premier League champions since Hull City in a 4-3 defeat at Manchester United in November 2008. Unfortunately for Bielsa's men they went down to the same scoreline. New signing Rodrigo Moreno clumsily fouled Fabinho and Salah sent Illan Meslier the wrong way to claim the matchball. Liverpool have now won each of the last 35 games in which Salah has scored, bettering the competition record of 34 set by Wayne Rooney in February 2011.

Watch One Of Worst Misses In Football History - Unmissable VIDEO